The horror! The horror! With Halloween fast approaching, Diamond Select’s most blood-curdling products of the year are creeping into comic shops and specialty stores across the country! First up, arriving in stores this Wednesday are the first series of Walking Dead Minimates and the Universal Monsters Select figure of the Metaluna Mutant!

Universal Monsters Select: Metaluna Mutant
DST continues their hit Universal Monsters line with an extra-terrestrial terror! The Metaluna Mutant, from the 1955 film This Island Earth, stands over 7 inches tall, is fully articulated and comes with the Interocitor device from the film, which is exclusive to this version. Whether you’re a fan of the original film or the Mystery Science Theater 3000 takedown, this toy is a must-have! The Mutant and interocitor come in oversized collector packaging, and the interocitor is only available on the specialty market! Sculpted by Jean St. Jean! Phantom of the Opera coming soon!

Walking Dead Minimates Series 1
The dead have risen! As Robert Kirkman’s Walking Dead comic book celebrates passing its 100th issue, DST is immortalizing the book’s indelible characters with a line of highly detailed Minimates minifigures! The first assortment of two-packs features a mix of humans and zombies, and includes Rick Grimes with One-Armed Zombie, a Herd Zombie 2-pack, the comic-shop exclusive Dale with Female Zombie set, and an exclusive short-packed variant set, Dale in Winter Coat with Female Zombie! Each Minimate stands 2 inches tall with 14 points of articulation and a variety of removable and interchangeable parts and accessories. Check and see if your store will be getting in the ComicFest-exclusive black and white set, and be on the lookout for two additional two-packs that are exclusively at Toys “R” Us! 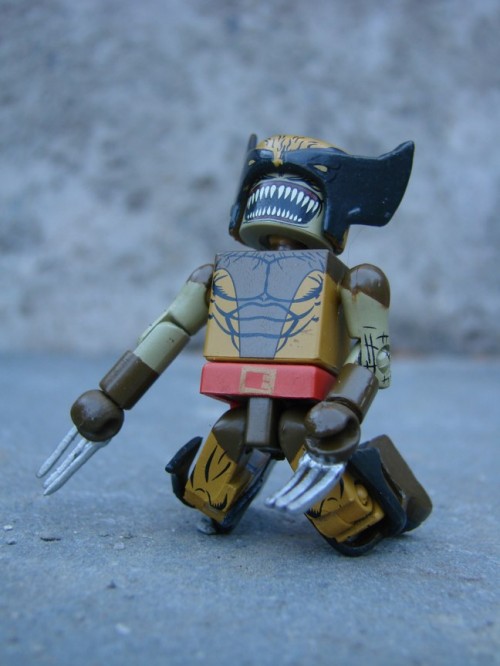 Next Up: Brood Over This Marvel Minimates Series 47 Packaging!