It’s time for all things Marvel in this week’s edition of the Q&A!

Matt Strawbridge
Heya! Will the TRU Marvel Series 15 Minimates have any of the “runner up” characters from the big Marvel Series 50 featured? A Black Knight and classic Falcon sure would be swell…

DST CHUCK: Sorry Matt, series 15 does not have any of the characters that did not make the cut for series 50.

Joshua Hesselgrave
Hi again Chuck. Could you shed some light as to why DST re-releases toys from several of the lines you do (Marvel Select, Star Trek, BTTF, etc), yet Minimate four packs never see re-release. There are several older sets that still show signs of demand and I’ve always wondered why they aren’t or can’t be resolicited. Also, with next year having a couple Marvel movies, are there plans for more comic based sets based on Thor and Iron Man characters? As always, thanks for doing these and I’m already working on a big ‘thank you’ package for when you finally announce the Squirrel Girl Minimate.

DST CHUCK: With Minimates we are able to bring back the past characters that we might not have done for a while. Something like that is not possible with Select due to all the tooling involved in a Select figure. We do expect to release Minimates based on the Marvel movies being released in 2013.

Matt Strawbridge
Hi, The Thing is one of my very favorite Marvel characters and I have a plea/request. Regarding the upcoming Thing minimate from Toys R Us series Thing/Silver Surfer set: Please use the full-bicep covers and not the partial ones. They stay on so, so much better and I deeply believe that it would make for a stronger and more functional figure. Also, thanks for releasing him with NEW hands and hopefully Ben Grimm underneath. Lastly, it’s going to be really neat to match the paint to the “Best of Wave” Thing so those inclined can swap out heads to have different facial expressions. You guys/gals are the best, Matt

DST CHUCK: Matt, I will mention that to the designers and see what they think.

Justin Huffman
Chuck, Can you please add Black Widow to the list of characters that need an updated Minimate? The last (and only) comic version we got was with the Champions boxset. Now that the Avengers movie has helped make her a household name, it would be nice to see new Black Widow variants take up some of those spots that DST would normally use for a Captain America, Iron Man, Thor, or Hulk Minimate. Thanks, Justin

Matt Strawbridge
Hi, Any chance the Series 49 Mr. Fantastic will come with the “Stretch” base that’s been previously released to replace his legs? And any chance the Best Of Mr. Fantastic will include that same base, along with both the arms and neck piece that are showed w/the series 49 Mr. Fantastic? I think that’d be super cool and give everybody lots of different choices in how to display him. The figures are too cool not to get all those great parts with! Thanks, Matt Strawbridge

DST CHUCK: I think you will be happy with the Mr. Fantastic from series 48.

Kevin Connelly
Okay, first let me say with the release of the new Colossus in Marvel Minimates recently, THANK YOU! Thank you for completeing the 90s Blue/Gold teams of X-Men (though if we could maybe get Forge and Banshee as well to really complete everything that would be equally awesome). Anyway, some questions on Marvel Minimates in the future for you awesome guys… 1. Since you guys have done the 90s X-Men, 90s X-Force, and 90s Excalibur, if you ever get around to doing 90s X-Factor (hint, hint), how would you do the character Strong Guy in minimate form? His upper body is so huge compared to the rest of him, so I’d guess a big bulked out chest with bulked up arms maybe? 2. I know they’ve been around the Marvel Universe for decades now, but only recently in the All-Ages Marvel comics with art done by Gurihuri did I discover how awesome Power Pack is. So…would you guys ever consider doing the Power Pack team in Marvel Minimates? Maybe as a 4-pack for a convention or something? 3. Final question I promise (for now). If you guys get around to doing the Guardians of the Galaxy, would Rocket Raccoon be made kind of like the small characters (ex: Snarf) in the Thundercats line or be a full fledged minimate figure?

DST CHUCK: 1. I have gotten some request to do the 90’s X-Factor characters so you never know.

3. Good question, I don’t think we’ve ever discussed how he would be done BUT something similar to Snarf might be the way to go.

Josh Latimer
Hello! I’m a huge fan of the Marvel Minimates toyline. I’ve been collecting them since late 2009, and I now have almost 700 figures. I was wondering: Is there any chance that we will see Minimates of Mockingbird and Tigra? I’m a huge fan of the West Coast Avengers, and these are the only two founding members that have yet to be made into figures. Thanks for your time.

DST CHUCK: Thanks for your support, Josh. I think we have gotten a few request for WCA but I don’t think it’s gone past just casual consideration.

DST CHUCK: Currently we do not have any merchandise rights from that potential series.

Gareth Newman
Will you be doing minimates for Iron Man 3? The new armour would look so sweet in minimates form! Along with Mandarin and Firepower! Also, any plans on doing a minimate of the new Marvel NOW! Gold and black armour?

DST CHUCK: I think all DSTZach will let me say right now if of course both of them would be serious considerations for us.

Andrew J
I haven’t seen this question asked for a while, so I’ll shoot: Are there plans for further Street Fighter X Tekken assortments? There are enough characters left for three more assortments, with some particularly juicy Street Fighters left to do like Bison, Vega, Blanka and Dhalsim. Also Cody and Guy, so we’d have some “Final Fight” heroes to battle Poison, Hugo and Rolento. Love what you’ve done so far & I’m particularly looking forward to Kuma. Thanks, Andrew

Ken Raining
Hi Chuck: Walking Dead Minimates look to be a tremendous success, even more then I had expected (cograts on that, by the way). With that in mind, have you given any more thought to creating a smaller base figure to include Carl and the other children? I’m sure that all those new Minimate fans WD is creating would justify the new parts. And you could then turn around and use the smaller base to make a POWER PACK BOX SET!

DST CHUCK: Ken, Minimates are not “in scale” they are basically one size and that is not going to change as long as I am in this position – sorry.

Ken Raining
Hi Chuck: Marvel Minimates series 52 is on the horizon. Now, you may know that a certain other comic book company has made a big deal out of the number 52. You may also know that Marvel has a group of characters based on said other company’s core characters. With that in mind… wouldn’t wave 52 be the perfect place for the Squadron Supreme? Think about it, will ya?

DST CHUCK: I think we’ve already planned series 52 so that’s out for now , but a cool idea.

DST CHUCK: Nice to have a convert and that makes two Squadron Supreme in a row! Something must be up.

Joe D
The new upcoming minimates are amazing. I’m excited to see more Thundercat mates, but I’ve started to wonder…any other 80s properties you’re looking at? You’ve done Ghostbusters, BTTF, Thundercats…and while GI JOE, STAR WARS and MASTERS OF THE UNIVERSE seem unlikely, what are the chances of INDIANA JONES? Speaking of 80s properties, any chance we can see more classic Marvel characters as minimates? I still can’t believe you managed to swing ALPHA FLIGHT! My next challenge to you would be… SQUADRON SUPREME? Hyperion, Nighthawk, Doc Spectrum, Whizzer, Power Princess might be enough. Though I wouldn’t mind if you threw in the rest as well. Keep them Minimates coming!

DST CHUCK: We have discussed all the 80’s properties you listed and for various reasons the license holders are not interest in Minimates at this time – but we never say never around here. Three in a row for SS – and on that note see you all next week! 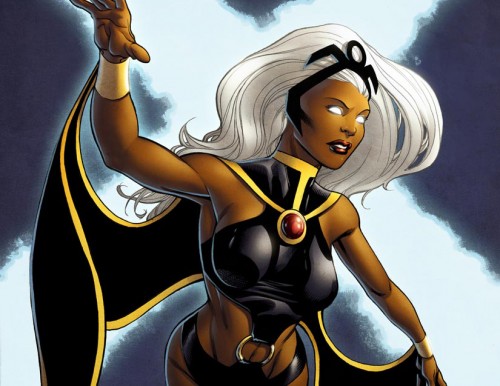 Next Up: On Sale This Week: Knight Rider 1/15 KITT and Marvel Select Storm!