The original Star Trek television series ran for 79 episodes, but few were as memorable – or hilarious – as “The Trouble with Tribbles.” Introducing the fuzzy Tribble species to the Star Trek universe, the classic 1967 episode remains one of the most referenced and revisited of the original series, which is why Diamond Select Toys decided to pay tribute to the episode with their newest Star Trek Minimates exclusive! 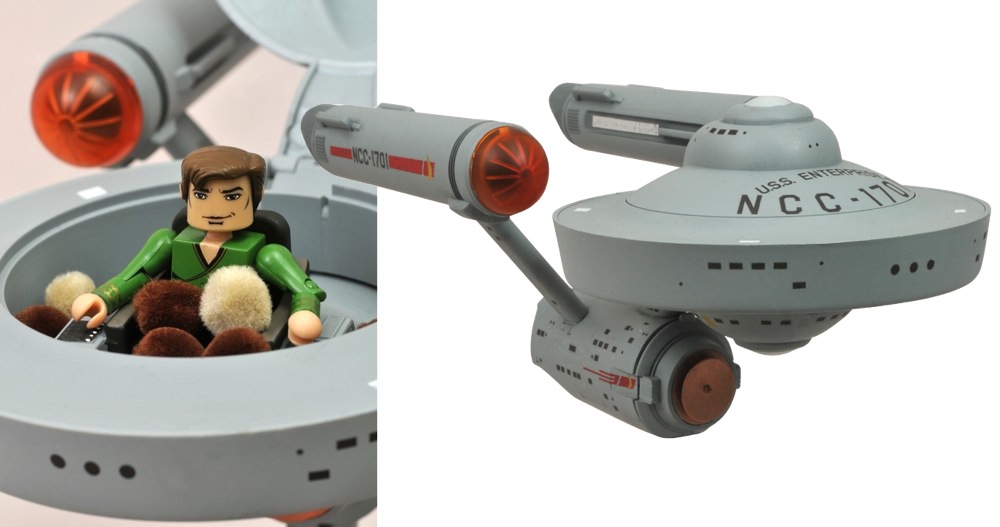 Only available through Action Figure Xpress, this Minimates-compatible U.S.S. Enterprise has been given a new exclusive Kirk figure, featuring the famous green tunic he wore in the episode (and throughout the series), plus an assortment of mini-sized Tribbles to clutter the ship’s bridge! The bridge also features a removable command chair, the engineering section opens up to reveal a Jefferies Tube, and the ship sits atop an adjustable display base. Pre-order the “Trouble With Tribbles” Enterprise today from ShopAFX.com! Coming in May!

Next Up: New Armors are Unveiled as the Final ‘Iron Man 3’ Minim...