Fans of the Walking Dead TV show may not know how the prison storyline will end, but fans of the comic know that it will probably not end well! The fourth assortment of Walking Dead Minimates, based on the long-running comic book series by Robert Kirkman and Charlie Adlard, features one of the most hated villains in comic book history, the Governor, as well as some of his closest friends and worst enemies. 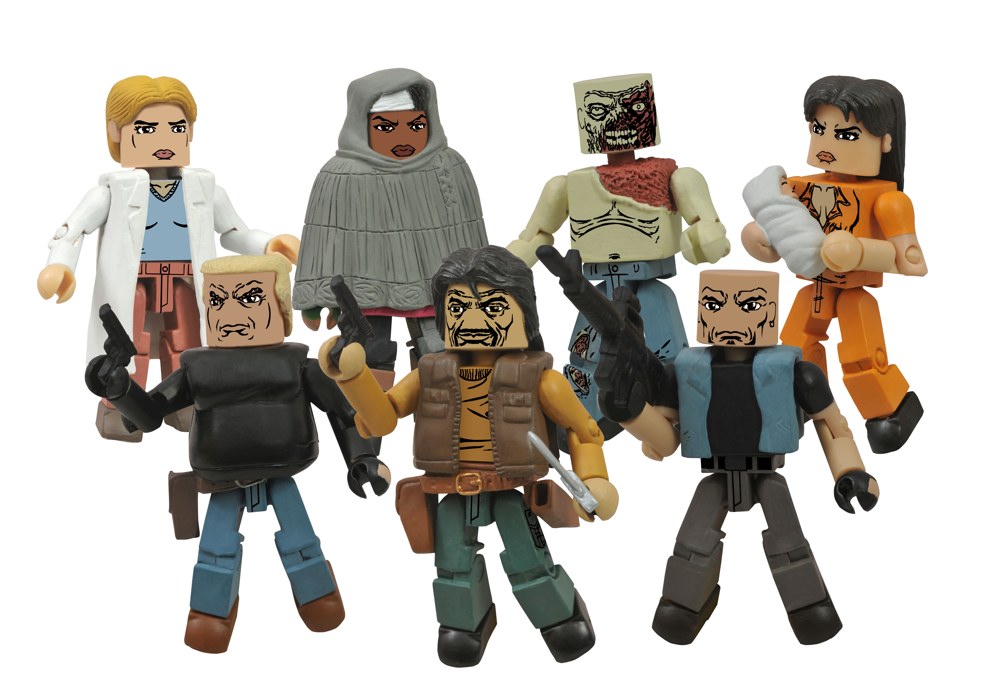 Walking Dead Minimates Series 4 re-unites the Governor and his lieutenants with some of the people who hated them the most. The Governor himself comes in a two-pack with his lieutenant Gabe, with whom he stormed the gates of the prison. Michonne, the woman who received the worst of the Governor’s brutality, comes with his accomplice Bruce, as well as a new poncho accessory. Rick’s wife Lori (with baby Judith) comes with a partially flayed Shoulder Zombie, and a variant of that set will replace Lori with the prison doctor and Woodbury defector, Alice. Each Minimate stands 2 inches tall and includes a variety of interchangeable parts and accessories. All of these figures will be available at comic shops and specialty stores this summer. To find your nearest comic shop, visit comicshoplocator.com! 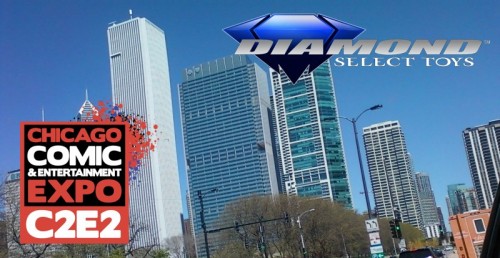 Next Up: Diamond Select Toys to Exhibit at Chicago’s C2E2 April 26-28