Last year, Comic-Con International attendees were present for ground zero of Diamond Select Toys’ new Battle Beasts Minimates toy line, with the first-ever two-pack, the launch of the comic book mini-series and a daily giveaway figure! Now, with Series 2 in development and a new comic in the works, Diamond Select will be giving away a new promotional Battle Beast at this year’s show! Shadow Merk is a new figure of Merk, the deadly falcon who forms one-third of the band of Beast heroes at the forefront of IDW’s comic book mini-series. Cast in translucent purple plastic, the figure will be given out each morning at the Diamond Select Toys booth, #2607, in a sealed plastic bag. A limited number will be available each day (except Preview Night), so make the DST booth your first stop! Also, be sure to pick up Series 1 in the store at the DST booth, check out a few Series 2 prototypes in the DST display cases, and come learn more about what’s next at the Minimates panel on Saturday at 1:30 in Room 8! 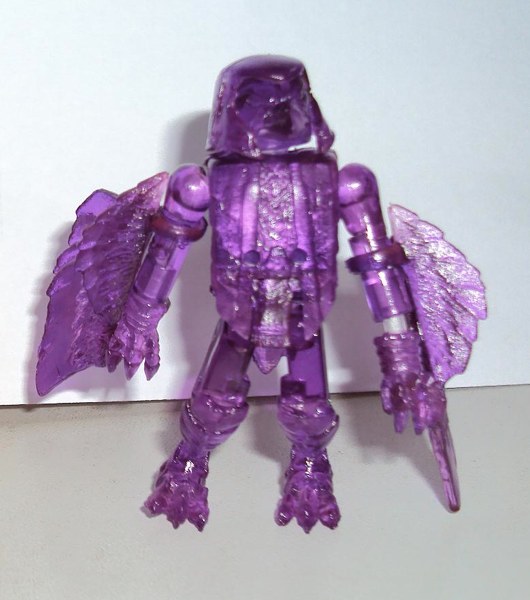