With Star Trek on everybody’s mind again, thanks to the latest blockbuster film, Diamond Select Toys is bringing back Star Trek toys in a big way, to comic shops, specialty stores… and even Toys “R” Us! In addition to the previously announced TRU-exclusive assortment of Star Trek Legacy Minimates, DST is happy to announce that the iconic toy retailer will have their own exclusive edition of the two newest 7-inch action figures, Kirk and Spock! Depicted as they appeared on the original television series, Kirk and Spock each feature ball-jointed necks and shoulders; pivots at mid-bicep, wrist, waist and mid-calf pivots; and hinged elbows. As with the Star Trek Select versions, the hands, heads and legs are interchangeable between figures, allowing for greater variety in posing. Each figure comes with an exclusive terrain base, and the two bases fit together to form a continuous display. Look for both figures now in Toys R Us stores across North America, and find them soon on toysrus.com! Accessories-packed Select versions coming soon to comic shops and specialty stores! 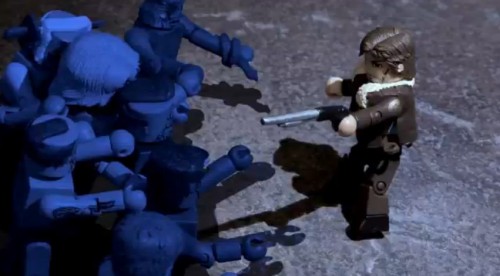 Next Up: The Walking Dead Minimates Come to Life in New Film Trailer