What’s cracking? The answers to your miscellaneous questions! DSTChuck brings the sweet science in on your questions! BOOM!

Mark L.
I don’t know if you have the rights to do them but I would love The Classic Series Battlestar Galactica, all 4 ships, even Pegasus from the New series (not a fan of the new series, but it was a nice ship). Star Wars would be nice too, or Stargate. The “gould” battleships are so unique.

DST Chuck: We do not have the rights to any of the products you asked about at this time. For a time we did seriously think about electronic ships for BSG but we never could line up the demand.

Emmanuel G.
Just wanted to say your stuff is awesome, especially the Select lines – Marvel and such. I’m hooked. The sculpting on the movie adaptation ones is great! Probably the biggest draw for me is that they remind me of my childhood when you could get a solid good sized toy that was multiposable and had some detail to it.  Anyways, I had some suggestions for future figures, given the companies/franchises you’re already associated with and what I’d love to see. All of these I’d like to see in that Select multi-poseable action figure format.  - Ghostbusters – the main guys of course, even Louis Tully (Rick Moranis) – I’m sure you’d sell a ton of Bill Murray’s  - Indiana Jones  - Marvel - reissues – Phoenix, Venom, Gambit - Apocalypse, Galactus, Carnage, Mr. Sinister, Nick Fury, Cable, Bishop, Beast, Mysterio, Electro, Professor X, Archangel, 2099 characters (ghost rider, dr doom, spiderman)  - Star Wars – main characters, Darth Maul, Darth Vader, Boba Fett, IG-88  since you got Munsters, how about Adam’s Family?

DST Chuck: Right now just about every one of the properties you asked about are controlled by other toy companies. Some of them we pitched on but lost out to competitors for various reasons. We’re still interested though if something were to change.

Alexander T.
Hi guys, to start off with, I recently got the Nemesis Enterprise-E and the Enterprise-B and they are totally awesome – worth every cent.

I’m not sure if you’ve been asked this before, but have you ever made any products based off video game franchises and if you have, would you do it again? Say for example: the Call of Duty Black Ops games?

I know you get a lot of requests for ships in the Star Trek line. And while these two have only appeared in the novels, comics and in video games, I hope that you guys could do replicas of the USS Titan and the USS Sovereign (NCC-73811 – the Enterprise-E’s sister ship).

As always, thank you for taking the time to read answer the questions I post here. Keep up the great work.

DST Chuck: COD is very cool but we have not had serious talks about the toys. I do not think we’re looking in the direction of the novels for our next ships. You keep asking I’ll keep answering.

Axel C.
Hi from Spain, I bought the expendables figures and i must say they are great. Is there any chance to get a second series ? Christmas or Vilain would be awesome (and exclusive) figures. Thank you DST.

DST Chuck: We had hoped to do at least two series but the studio was only able to secure select actors likeness rights so no follow up series is planned.

Joey O.
THE MUNSTERS………Would you do a Zombo, Mr. Gateman and Herman Munster in the Baseball outfit from The Munsters?

DST Chuck: I don’t think we have a fourth series planned at this time.

Debbie R.
What about the Original Dark Shadows Characters, from the Original series, no vampire is better than Barnabas Collins! Jonathon Frid rocked it! I am not sure they are making any Dark Shadows toys anymore.. and not the Johnny Depp one, or the revamped 1990’s one. The 1966-1971 one! Some company was going to put out action figures of the original cast, and then stopped. So some of us long time fans were dissapointed.. just thought I would throw that out there. Thanks!

DST Chuck: Very cool show but I do not think there is enough interest out there to warrant a toy line at this time. 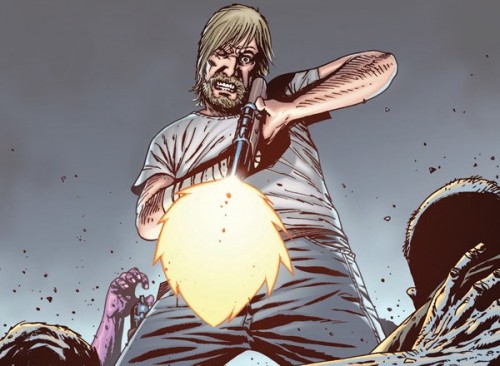 Next Up: Walking Dead Minimates Series 4 Coming to Toys “R” Us!