Time again for the answers to your Marvel questions! Can you believe it?? DST Chuck brings it… after the jump!

Ryan S.
Hi, Let me start off by saying great work on these figures. The sculpts and seriousness behind them make them worth collecting. I’ve been collecting Marvel Select figures well over a year now and I’m not a fan of all figures in the line but because of the great work I am tempted to get everyone. I would like to suggest a few figures that I’d like to see in the line. I’m not sure how you guys operate with new figures being revealed and how often, but I’d love for there to be an entire Civil War Collection line. Also if we can have more and more of the Spiderman villains especially:
• Doc Ock
• Shocker
• Electro
• Mysterio
• Carnage
• Vulture
• Hob Goblin
• Sandman
• Scorpion

DST Chuck: Glad you like most of them. I think with how we limit the number of releases we do each year, it’s pretty much impossible to fill out a collection like Civil War – as for your second list, many of those have been considered and come up pretty often in our discussons.

Lucas D.
I have a couple of questions about future Marvel Select figures?

1. Is there a chance we will ever see a Phil Coulson? He has become a fan favorite of mine and I know he has gotten some popularity with his time in the MCU and he will appear in the Agents of SHIELD, so I was wondering if he will become a Marvel Select.

2. Will we ever see a Luke Cage or Iron Fist? Or both?

3. Is there a chance for a Vision?

4. Will we ever see a Giant Man, Ant Man, or Yellow-Jacket in Select form?

5. And has there been any talk for Black Panther or Doctor Strange?

DST Chuck: 1) I doubt it, we did do a Minimate.
2) Possible
3) Very possible.
4) Not in scale so I doubt it.
5) A little but they have never made it to the final round. I expect their time could come.

Jason W.
First let me say you guys have done an amazing job with Marvel Select, the distribution and the re-issuing of your product is also something we as collectors and a community are assuredly appreciative of. I would like to know if there are any plans of doing Annihilus in the future? I think your take on the figure would be excellent. It is a rather larger character in the Marvel Universe as well.

DST Chuck: Annililus is not in the immediate plans but he has not been ruled out.

DST Chuck: Gwen has not been ruled out but she is not in the plans. With so many cool heroes and villains we have still not done I can’t say that Gwen is high on our list – sorry.

Chris H.
1. now that marvel has Neil Gaiman’s Angela how long before you guys make a marvel select of her

2. since guardians of the galaxy is next year it would be nice to have a 90s era Drax the destroyer & adam warlock

DST Chuck: We have not asked Marvel about a possible Angela figure – I guess we’ll have to see how the character develops. We’re still a little early to plan 2014 but we’ve started to think about it. Lots will depend on timing.

Richard H.
I like the Marvel Select line, especially the Gambit. Will there ever be a Rogue to go with him?

DST Chuck: Rogue has long been considered, I think it’s a matter of when not if, but we’ll see.

Alex C.
Hello, As a fan of your Marvel Select Line, I was wondering if you had any plans for the following characters : – Daken
– Bullseye
– Lady Bullseye
– Drax the Destroyer
Thanks!

DST Chuck: Not at this time – sorry.

Alex N.
Hi, As a huge fan of Cyclops, I was wondering if you had any plans to release a variant of the Cyclops Marvel Select figure with his modern costume (the one appearing in the Utopia, Shism, AvX storylines). I think it’s a shame that the X-Men Marvel Select figures only represent classic costumes rather than modern costumes that are more in line with the current comicbooks.Thanks for reading!

DST Chuck: Sorry no plans for a new Cyclops. While we have done some characters in a more current look we most times rely on the classic because there is no telling how long a new look will last or even how well it will be received by fans so we go the safer route.

Orion P.
Hello, DST and Chuck! I have been collecting your Marvel products since the very first Venom Minimate of Wave 2, and love what you’ve done with my favorite Marvel family: the symbiotes! I have just about every symbiote Minimate from your archive and Marvel Selects, including Black Suit Spidey, Anti-Venom, (Agent) Venom (Flash Thompson), and–possibly the greatest action figure of all symbiotes–Venom (Eddie Brock; I also have Moon Knight, who’s my other favorite Marvel character)! Sadly, I missed out on the MS Ultimate Venom and Carnage figures and hope that they’ll be reissued at some point like Anti-Venom was.

My burning desire, now, is for a MS Toxin (Eddie Brock, or “Broxin” as we in The Venom Site community like to call him) figure, modeled after his recent appearance in the pages of VENOM as drawn by Declan Shalvey. I know most of my fellow Venomaniacs probably would like to see a mainstream Carnage figure first, and I would like to have one, too, but Eddie’s always had a special place in my heart and shelf. Also, can you make Jean St. Jean your official go-to sculptor for all MS symbiote figures? He’s really rocking the sculpts, especially with the recent Venom figure! Anyways, thanks for the great symbiote stuff, and keep up the marvelous work!

DST Chuck: Anything in the Spidey family is always being considered and the Venom figure did so well we’re considered other figures that can be done like that so you never know.

John T.
Hello! I’m a collector from Russia and i want to ask you about a Superior Spider Man figure. Would you do that figure? I know a lot of people who are waiting for this figure. So i would wait your answer!) Thank you and sorry for my English.

DST Chuck: John, again any Spidey family or Spider-Man figure is always under consideration so you never know!

Kevin B.
Looking at your Marvel Selects. Have you looked into shared parts on some of your selects? What I mean is something like what some other companies are doing with variants or running changes. They can keep the same sku for what is two different characters. Like you could do Hulk villians Bi-Beast & Ironclad who would require different hands, feet & head. But the bulk of their body could be shared, just differnt color. I think you could get away with the same idea for a Spidey villian split with Sandman & Hydroman. Could this be a way to get more characters for the same allotted skus? Please continue to put out the large characters that may have been over looked by other companies these big guys really seem to be a great niche for you. Thanks for listening

DST Chuck: We’ve thought about it and have a long history of sharing parts with other figures when it makes sense. To date we’ve shied away from doing it with Select but if the occasion comes up where it makes sense , we’d consider it. There is no hard and fast rule here about them always being figures with 100% new sculpting.

Erik M.
There have been some DC characters lately that have been getting some great treatment from their designers. Look at the deluxe 13 inch Darkseid. The huge Killer Croc. The upcoming deluxe Solomon Grundy. These are all huge figures. And even with the higher costs, they are selling well. Does Diamond Select have any plans to do the same with any Marvel characters? Onslaught, a Celestial, Surtur, Living Tribunal….I lack the proper words to describe how amazing it would be to see them brought to life given the proper scale and the Diamond Select treatment. Also, what about exploring more ideas with the sets? How many of us would love a boxed set with Odin, Skurge, Enchantress, Ulik, and hell, throw the old Select Thor in there for fun. Or a set of Romulus, Silver Samurai, Cyber and Wolverine? I could go on and on if you’d like. Thanks for your time. I truly hope you consider answering my question as I know there are lots of fans who want to know. Keep up the good work!

DST Chuck: Erik, our entire Marvel Select line is in scale, (with the exception of the Watcher figure) that is why the Hulk, Thing and other figures are so large. Would we even do a figure 13” tall, I doubt it, that would cost much more than the current Select figures and would need to sell a pretty high qty to make it work.

Felipe R.
hi guys… do you have any plans for a beast figure????? i hope de answer is yes because beast is a very cool character an a figure of beast with the level of detail that you are using now… i would gladly pay for it!!!!!!!

DST Chuck: We do not have a Beast figure planned right now but that is a character we have considered many times in the past so it’s possible. 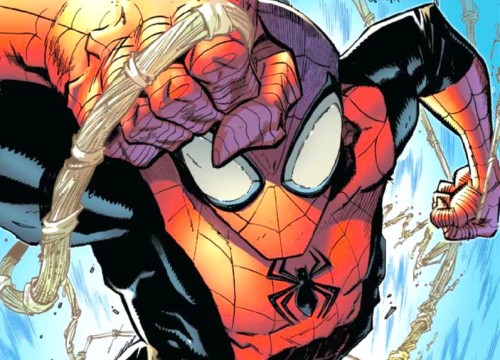 Next Up: The Time is Now for Marvel Minimates Series 51 Packaging Shots!