Comic book writer Robert Kirkman may be best known to the world for creating The Walking Dead, the comic series that inspired the smash hit TV show. But in the world of comic books, where he has his own imprint at Image Comics – Skybound Entertainment – he’s equally well-known for his sprawling superhero creation, Invincible! The series recently passed its 100th issue, and now Kirkman has re-teamed with Diamond Select Toys, makers of the Walking Dead Minimates line, to make Minimates based on Invincible, as well as his newest hit comic, Thief of Thieves! 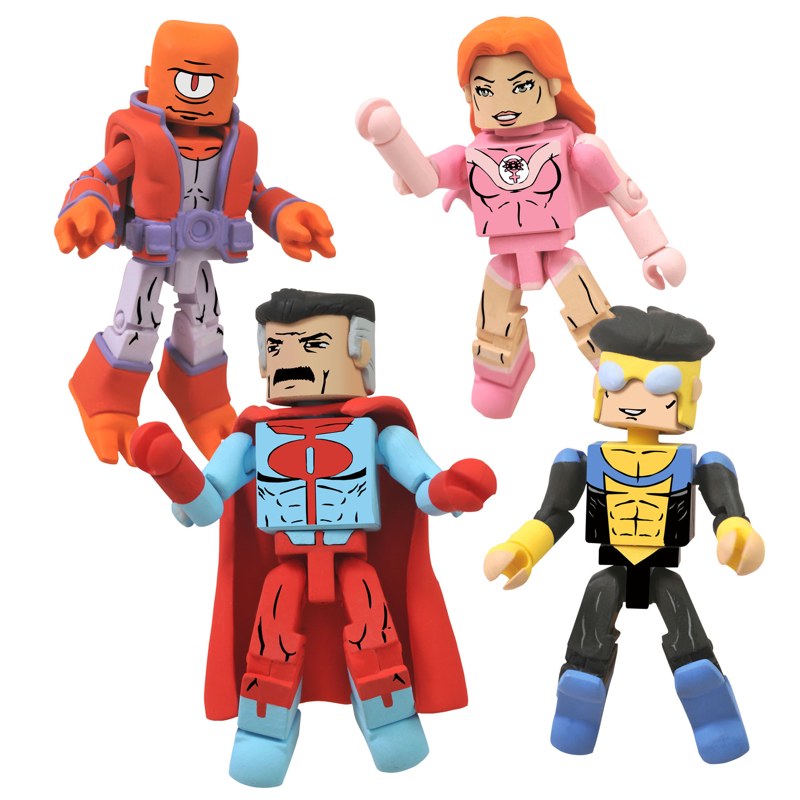 Telling the story of Mark Grayson, the son of an alien superhero, Invincible follows Mark as he develops his own powers, discovers the truth about his father, and becomes a superhero in his own right. The first set of four Minimates, designed by Art Asylum, includes Invincible, his father Omni-Man, his super-powered love interest Atom Eve and his frequent sparring partner Allen the Alien. Each Minimate stands 2 inches tall with 14 points of articulation, interchangeable parts and a flight stand.

With Walking Dead Minimates on shelves and Invincible Minimates in the works, it was with a no-brainer to make Minimates of Kirkman’s other hot comic, Thief of Thieves! With a rotating team of writers and a TV pilot in development at AMC, Thief follows professional burglar Redmond as he attempts to use his abilities for good. This four-pack includes main character Redmond, his apprentice Celia, his son Augustus and FBI agent Cohen, and each fully articulated 2-inch Minimate comes with a variety of interchangeable parts and accessories. These boxed sets will only be available at comic shops and specialty stores this fall, and can be pre-ordered in stores or online. To find your nearest comic shop, visit comicshoplocator.com! 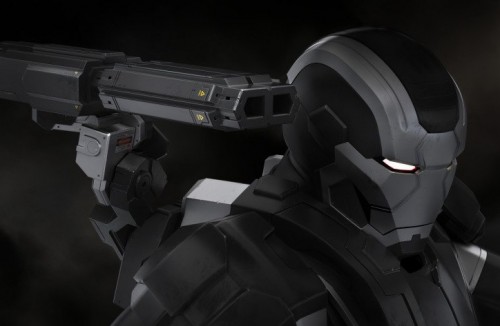 Next Up: On Sale This Week: War Machine, The Walking Dead and the U.S.S. En...