The October issue of Previews won’t reach comic shops until the end of this month, but retailers are already taking orders for all the new items from Diamond Select Toys! Early 2014 will bring a bunch of cool items, including a new Star Trek ship, two new Marvel Minimates box sets, two new Universal Monsters banks, two much-requested Marvel Select figures, a new Marvel bottle opener and our first-ever Tarot plush item! There’s something for everybody! 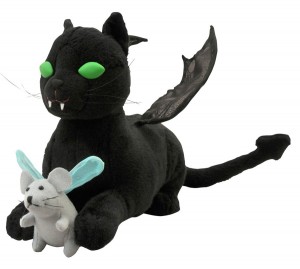 Tarot Pooka Goblin Cat Plush Every witch needs a familiar. Now, from the popular comic book Tarot, Witch of the Black Rose comes Pooka, Tarot’s pet goblin cat! This life-size plush cat measures approximately 16 inches long with tail and has a pair of goblin wings sprouting from its back and a winged mouse in its paws. (Warning: Stuffed animals do not fly.) A fitting companion for cat-fanciers and elemental sorceresses alike! (Item #OCT131848; SRP $29.99) Marvel Minimates Iron Man 3 Hall of Armor Box Set In Iron Man 3, Tony Stark’s hall of Iron Man armors met an untimely end, but now it lives on, as the biggest Minimates box set in ten years! From the jerry-rigged Mark 1 to the invasion-stopping Mark VII -– plus the self-assembling Mark 42 – each Stark-worn iteration of the armor from the Marvel films is here, as well as new figures of Tony Stark and Pepper Potts! All ten Minimates are packaged together in an extra-long window box, and each Minimate measures 2 inches tall with 14 points of articulation. It’s an instant Iron Man collection for new and old fans alike! Designed by Art Asylum! (Item #OCT131844; SRP: $50.00) 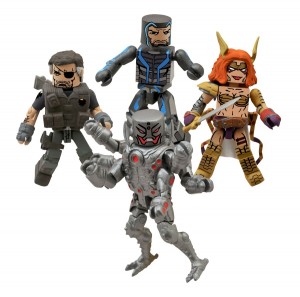 Marvel Minimates Age of Ultron Box Set Ultron has taken over the Earth, and only the greatest heroes of the Marvel Universe can stop him! …Or can they? This box set based on the recent Marvel crossover event features four characters based on the series: Iron Man, Nick Fury, Angela and a futuristic three-armed Ultron! Each Minimate measures 2 inches tall with 14 or more points of articulation and a variety of interchangeable parts and accessories. Packaged in a four-color window box. Designed by Art Asylum! (Item #OCT131843; SRP: 19.99) Star Trek Electronic Battle Damaged Enterprise B Red alert! Red alert! The U.S.S. Enterprise NCC-1701-B has taken a direct hit from the Nexus Wave, and all decks have suffered major damage! The Excelsior-class starship is back with all-new paint deco to replicate its on-screen damage from Star Trek: Generations! Packaged in a “Try Me” window box so customers can test its movie-accurate lights and sounds, the Enterprise B measures 16 inches long and comes with an adjustable display stand. Designed by Art Asylum! (Item #OCT131845; SRP: $60.00) 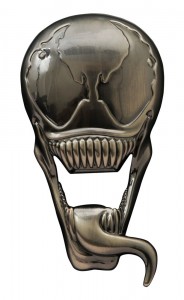 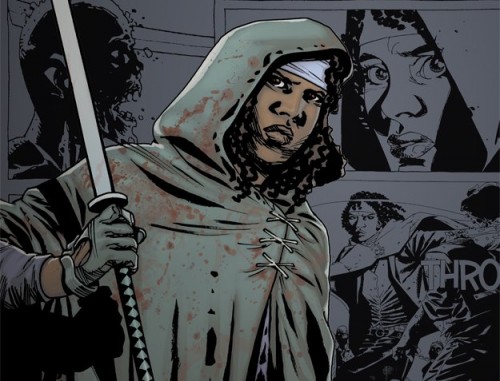 Next Up: On Sale This Week: Walking Dead Minimates, St...