A blast from the past is coming to comic shops this week – three blasts, in fact! Not only will New Toy Day bring two new retro-styled Universal Monsters figures, it will also bring the latest Star Wars Vinyl bank, featuring a dashing young Jedi named Obi-Wan! Read more below, and look for them at your local comic shop! Universal Monsters Retro Cloth Series 4 Asst. The 1970s cannot be stopped! The next two figures in DST’s Mego-style action figure line based on classic Universal Studios monster movies includes the original Phantom of the Opera, featuring the authorized likeness of Lon Chaney, and the Metaluna Mutant from This Island Earth (and MST3K: The Movie)! Each fully poseable 8-inch figure has real fabric clothing, and comes in resealable retro-styled packaging! They’re already being described as some of our best Retro figures ever! Designed and Sculpted by EMCE Toys! (Item code #APR131738, SRP: $20.00 each) Star Wars Clone Wars Obi-Wan Vinyl Bust Bank Joining his padawan Anakin, Obi-Wan Kenobi is the second Clone Wars-inspired release in DST’s popular line of Star Wars vinyl banks! Anakin’s co-star in the hit Cartoon Network show, and the only Star Wars character to appear in all seven feature films, Obi-Wan measures 8 inches tall, not including his removable lightsaber blade, and includes a slot on his back for inserting loose change. Sure to be one of our most popular Star Wars banks ever, and Cad Bane is up next! Designed by Barry Bradfield! Sculpted by Oluf Hartvigson! (Item code #JAN131644, SRP: $22.99) Find your nearest comic shop at comicshoplocator.com! 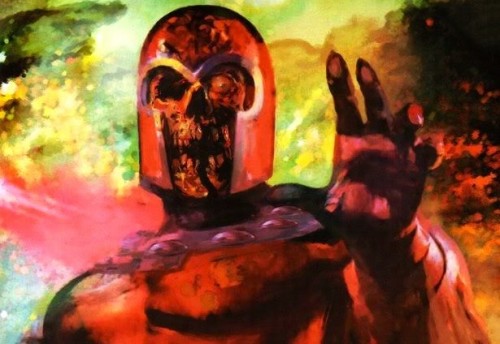 Next Up: Marvel Minimates Villain Zombies Coming Your Way for Halloween Co...