It’s been a long time coming, but the massive Marvel Select photo contest is finally finished! We went through all of the entires and picked out the three best, based on a variety of criteria, including pose, lighting, composition, complexity and innovation. Read on to see who the winners were! 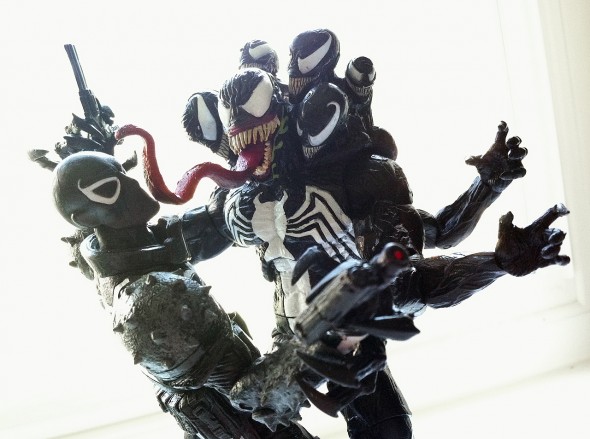 The second runner-up is Geof LeBaron, who shot Marvel Select’s Agent Venom being overpowered by the Classic Venom, in full-on Madness mode. Whether this scene is meant to be literal or metaphorical, Geof’s use of stark white backlight puts the full focus on the truly disturbing situation unfolding in the foreground. Geof scores a pre-production Unleashed Hulk in test packaging and an unpainted Amazing Spider-Man prototype! 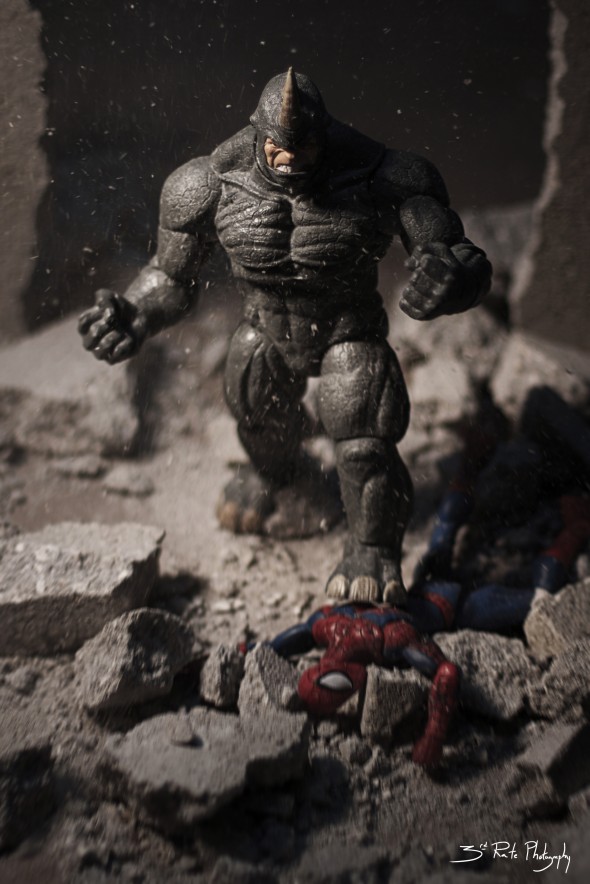 The first runner-up is Earl E. Ware III, who shot the Marvel Select Rhino standing victorious over a fallen Spider-Man. With the rubble-strewn set and the particles of dust floating in the air, it makes us feel like we just walked into the aftermath of this dark and ominous scene! He wins a Fearsome Foes of Spider-Man Gift Set and an unpainted Green Goblin prototype. 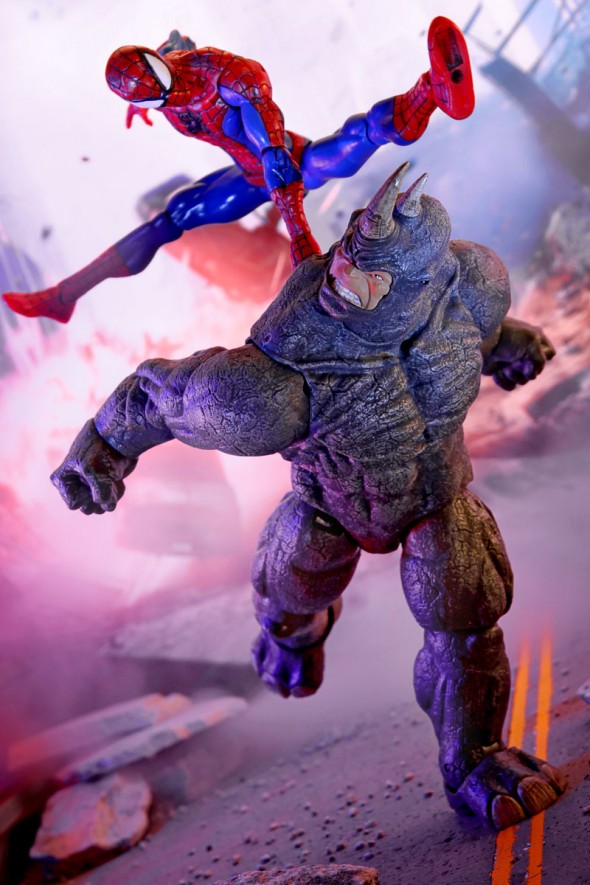 The winner of the competition is Ryan Vasquez! Ryan was a runner-up in our contest from two years ago with his shot of Marvel Select Juggernaut, and this year’s photo blows that one out of the water! Once again, the Marvel Select Rhino takes on Spider-Man (Rhino was a very popular subject!), but this time, Spider-Man executes a dazzling leap over the mid-stride Rhino. For capturing such an action-packed moment on such an elaborate battle zone set, Ryan wins the grand prize: a Don Cheadle-signed Iron Man 2 War Machine figure, a variant Genis-Vell Captain Marvel figure, a prototype Fearsome Foes of Spider-Man Gift Set and an unpainted all-black Venom prototype. Below, you can see some of the photos we thought deserved an honorable mention: Arvin Trinidad’s charging Rhino; Brent Brown’s Phoenix-haunted Marvel Girl; Dominic Dmagmaliw’s victorious Hulk; Fred Saulo’s Spider-Man rogues; James King’s mourning Days of Future Past Wolverine; Johneric Razon’s intense Classic Venom; and Emmanuel Guevara’s hilarious Marvel Select beach party. But thanks to all the entrants for making our toys look so good! 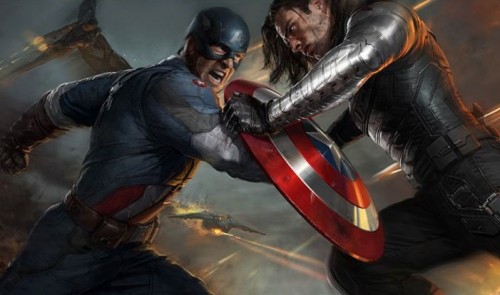 Next Up: Diamond Select Toys Prepares for Captain America: The Winter Soldier!<...