With new footage getting everyone revved up for the April 4 debut, Captain America: The Winter Soldier is shaping up to be the runaway hit of the year. Diamond Select Toys is readying their offerings for the film, and pre-orders are now open for two Select figures and an assortment of Minimates from the highly anticipated sequel! 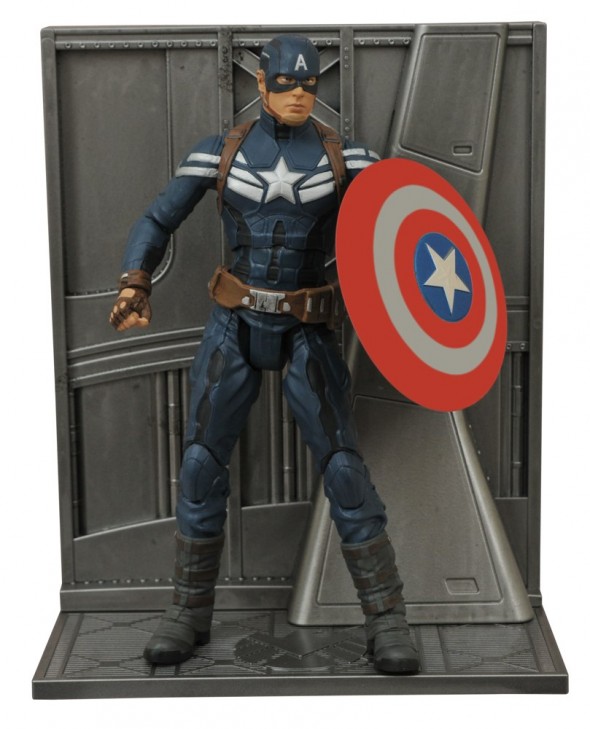 With only two Marvel Select slots available for the film in their tight 2014 schedule, DST has chosen to render Captain America and the Falcon in the 7-inch scale. Both figures will feature their outfits from the movie (Cap will wear his new stealth suit and carry his ever-present shield), and both will come with a helicarrier-inspired display base. Each figure will feature 16 points of articulation, and Captain America should come out around the film’s release date, with Falcon following soon after. 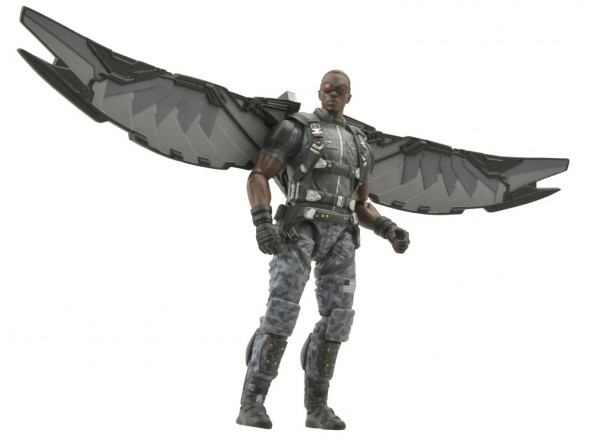 Around the same time, Marvel Minimates Series 55 will hit comic shops, and it will be entirely based on The Winter Soldier! We’ll get four two-packs of Minimates designed by Art Asylum, including Stealth Uniform Captain America with Brock Rumlow, Classic Captain America with Winter Soldier, Black Widow with Falcon and Agent Sitwell with Batroc. Each Minimate will stand 2 inches tall, with 14 points of articulation and a variety of interchangeable parts and accessories, and they will only be at comic shops and specialty stores. 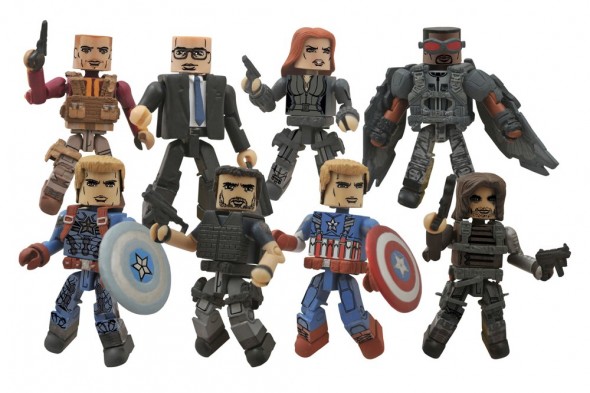 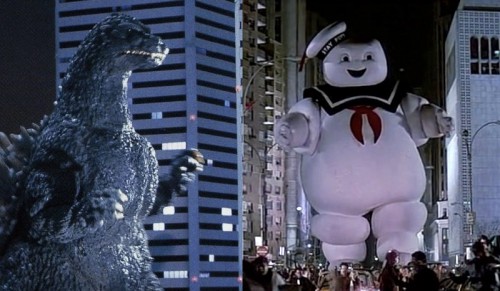 Next Up: On Sale This Week: Godzilla vs. Mr. Stay-Puft!