The future is now! By which we mean that a bunch of future releases from Diamond Select Toys are now up for pre-order from your local comic shop or specialty retailer! Although some of them are pretty futuristic, too: our long-gestating Mr. Fusion prop replica, starship Captain James Kirk, time-traveling mutant Cable… the chronal energy in this blog post is off the charts! Plus: Godzilla, Spider-Man, Buddy Christ, Mooby and Grimm Fairy Tales! Read on for details, and pre-order today at your local comic shop! 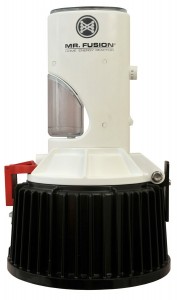 Back to the Future 2 Mr. Fusion Electronic Prop Replica A Diamond Select Toys Release! It’s almost 2015, which means we’re only months away from inventing Mr. Fusion, the device that turns garbage into energy! Arguably the biggest technological leap between the 1985 we saw in Back to the Future and the 2015 we saw in Back to the Future II, the Mr. Fusion Home Energy Reactor is now a realistically scaled 18″ electronic replica from Diamond Select Toys, complete with a sound effect to let you know that the sealed processing unit has been opened and is ready to process household waste into 1.21 gigawatts of energy! Runs on included batteries. (Item #OCT142188, SRP: $399.99) 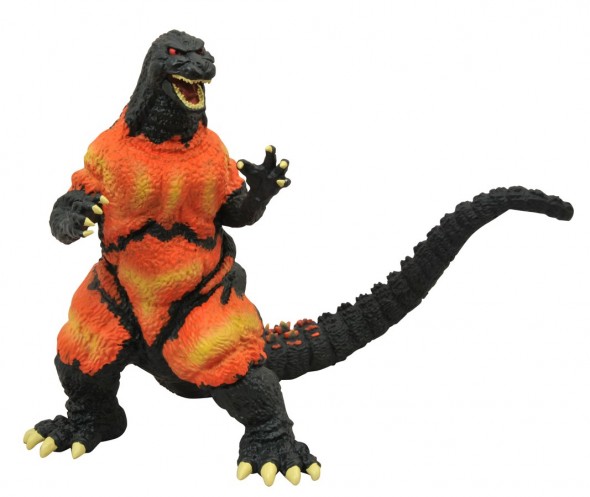 Godzilla Burning Godzilla 12″ Vinyl Figural Bank  A Diamond Select Toys Release! Godzilla is more than just a giant lizard – he’s also a walking nuclear reactor! This new vinyl bank of the King of All Monsters depicts him as he appeared in 1995’s Godzilla vs. Destoroyah, when his atomic heart began to overheat. With an all-new black-and-orange color scheme, this 12-inch-tall, full-figure bank features collectible-quailty paint applications, as well as a coin slot on his back and an access door hidden in the tail. Godzilla measures 18 inches long, from the tip of his nose to the end of his tail! Packaged in a clear polybag. Sculpted by Gentle Giant! (Item #OCT142184, SRP: $39.99) 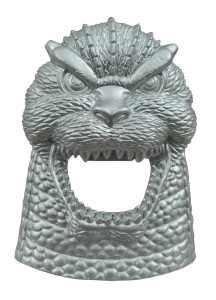 Godzilla Classic Godzilla Metal Bottle Opener A Diamond Select Toys Release! From out of the burning sun it came, a monster called… Thirst! Godzilla stands ready to defeat Thirst with this 4″ solid metal bottle opener, which will pry off a bottle cap easier than Godzilla tearing the roof off of a skyscraper. When Thirst has been defeated, simply hang the King of all Monsters on your refrigerator door, using the handy magnets on the back, until the world has need of him again. Thirst doesn’t stand a chance! Comes packaged in a full-color slipcase. (Item #OCT142185, SRP: $18.00) 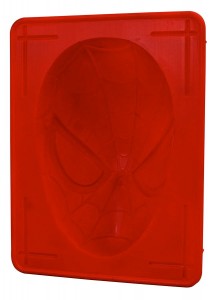 Marvel Spider-Man Gelatin Mold A Diamond Select Toys release! There’s always room for Spider-Man! Make your next dessert a hit with kids of all ages with this Spider-Man gelatin mold, featuring the distinctive face of the world-famous wall-crawler! Measuring approximately 10 inches tall, the plastic mold is perfect for chilled desserts, and a must for any superhero-themed shindig. Comes packaged in a full-color window box. (Item #OCT142190, SRP: $15.00) 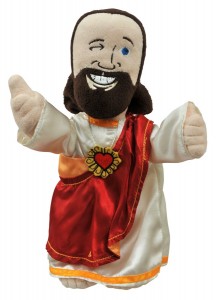 View Askew Buddy Christ Plush Doll A Diamond Select Toys release! From the films of Kevin Smith, it’s the most marketable religious icon of all! Buddy Christ is a friend who is always willing to hear your problems, and now he’s also super-cuddly! This 8″ tall plush doll features finely stitched details, is made out of soft plush material, and will fit anywhere you want him to go, including your backpack. Wherever you go, he’s gonna go! Comes packaged in a clear polybag. (Item #OCT142187, SRP: $19.99) View Askew Mooby the Golden Calf Ceramic Mug A Diamond Select Toys release! Get ready for a long day working at Mooby’s with a drink… straight out of Mooby’s head! The beloved fast-food mascot and children’s television icon is now a 5″ ceramic mug, perfect for hot or cold beverages. Use it for your morning coffee before your shift starts, or for warm milk as you drift off to sleep at shift’s end. Comes packaged in a full-color box. (Item #OCT142186, SRP: $14.99) 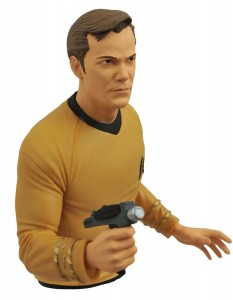 Star Trek TOS Captain Kirk Vinyl Bust Bank A Diamond Select Toys release! Joining first officer Mr. Spock, here’s the second bank in DST’s Star Trek line – Captain James T. Kirk! The stalwart captain of the U.S.S. Enterprise levels his phaser at anyone who would even think about stealing the money you keep inside this vinyl bust bank. With a coin slot on the back and an access door in the base, this 8″ bank features collectible-quality painting and sculpting. Make owning it your prime directive! Sculpted by Patrick Piggott! Comes packaged in a clear polybag. (Item #OCT142192, SRP: $22.99) 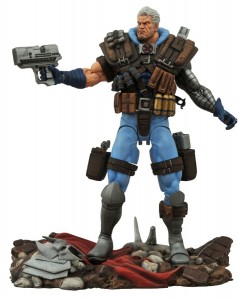 Marvel Select X-Men Cable Action Figure A Diamond Select Toys release! From the distant future he came, the son of Cyclops, the bane of Stryfe, the man called Cable! The founder of X-Force, Cable always comes ready for battle, with big guns and even bigger ammo, and since his debut he has loomed large in the Marvel Universe. Now, he’s the latest 7″ Marvel Select figure from DST! Wielding multiple weapons, including one that can be mounted on his shoulder, Cable comes with a detailed display base, referencing his most famous foe. Figure and base come packaged in display-ready Select packaging, with spine artwork for shelf reference. (Item #OCT142189, SRP: $24.99) 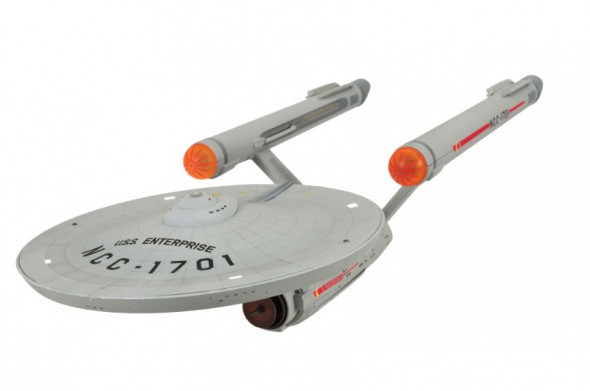 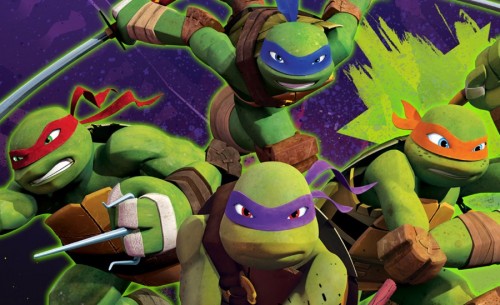