It’s another Ask DST, this one all about the miscellaneous licenses covered (or not covered) by Diamond Select Toys! Electronic vehicles, The Rocketeer, The Fast and the Furious, Kill Bill and Pulp Fiction are all discussed, and while not all of those are happening at the moment, DST president DSTChuck will do his darnedest to answer your questions about them. Brian M. To Whom It May Concern: For the five or six years you guys have come up with real cool 1:15 scale vehicles for GI Joe size (3.75″ tall) action figures such as the Munsters’ Koach, your Back To The Future Delorean Series, and you Knight Rider series as well. Should we have reason to be excited for 2015. I am not asking exactly what you have planned. I just want to know if you have anything planned. Thank you for all your cool merchandise, and good luck with the rest of your work at Diamond Select. – Brian DSTChuck: Brian, glad that you like what we have done so far. Yes, we have more vehicles planned that we think everyone will like coming out in 2015 & 2016. Sam F. With your relationship with Disney, do you think there’s a chance of any Rocketeer merchandise? It’s a fun, but seemingly forgotten movie. It would give Chuck a chance of a not-quite-James-Bond Timothy Dalton, and me a Jenifer Connelly. *purrr* DSTChuck: Sam, so far we have had no talks with Disney about The Rocketeer. Jeremy B. Hi, is there any way that you can make action figures for the Fast and the Furious movie series? Not only the people, but the cars as well? Thanks!! DSTChuck: Jeremy, car licenses can be very tricky. I think there are some folks out there already doing F&F cars that do a great job, so it’s not something we’re looking at at this time. Daniel Lee. Hi, I love all the 7 inch action figures that you guys are making (Sin City, Marvel Movies etc..). Just wondering, are there any news on the 7 inch figures for Kill Bill and Pulp Fiction? Also, are there any new movie licenses that will be available in 7 inch action figure? DSTChuck: The Kill Bill and Pulp Fiction figures are in the sculpting approval stage. As soon as they are ready, we’ll show them and announce an expected on-sale date – honestly, I think they are some of the best work we have done, so hopefully we’ll have updates soon. Got a question for DSTChuck? Submit it via the drop-down tab above! 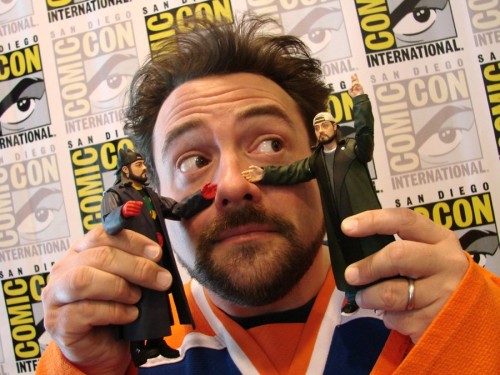 Next Up: On Sale This Week: Jay, Silent Bob, Lady Death and Avengers on Ice!