It’s a new year, and the new year brings Diamond Select Toys’ first big New Toy Day! With six items hitting comic shops and specialty stores this Wednesday, it’s the perfect time to head down to your local store to check out the new items in person! A new box set of Marvel Minimates, a new bank and Minimates set from Aliens, two new Universal Monsters banks and the first-ever board game set in the View Askewniverse are all shipping this week! Read on for details, then place your order or reserve your items at your local comic shop today! 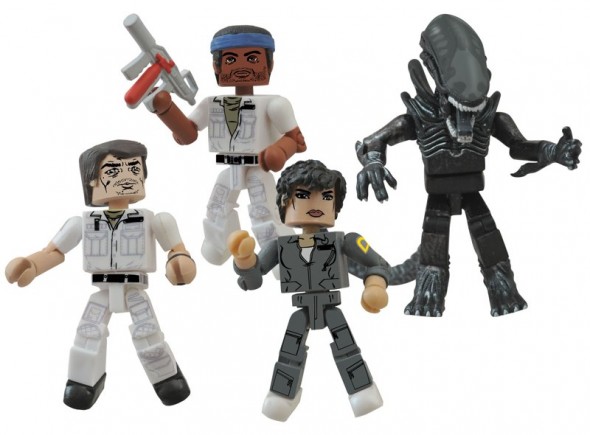 Alien Minimates 35th Anniversary Box Set A Diamond Select Toys Release! It’s been 35 years since Ridley Scott’s Alien set a new bar for both science fiction and horror and created a world that still amazes and terrifies us! DST is honoring the film that started it all with a special box set of four Minimates mini-figures, including Ripley, Kane, Parker and the Big Chap hiself, the original Xenomorph! Each fully poseable Minimate stands approximately 2 inches tall and features a variety of interchangeable parts and accessories, including a facehugger alien and the ship’s cat, Jonesy! Packaged on a blister card. (Item #JUL142034 SRP: $19.99) 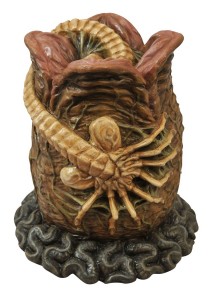 Alien Egg with Facehugger Vinyl Money Bank A Diamond Select Toys Release! Putting aside a nest egg? why not keep it in an actual egg? This 9-inch vinyl bank resembles an actual xenomorph egg from the Alien film quadrilogy, complete with a Facehugger alien skittering around on its outer surface. With a coin slot on the top and a door in the base, it’s the perfect place to keep your loose change safe from squeamish criminals! Comes packaged in a clear polybag. Sculpted by Eli Livingston! (Item #SEP142249, SRP: $22.99) 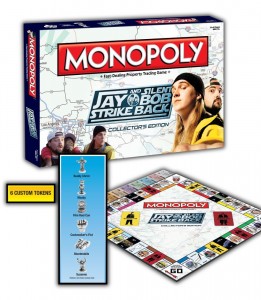 Jay and Silent Bob Strike Back Monopoly Game A Diamond Select Toys release! Bring the magic of the movies home with the first board game ever based on the films of Kevin Smith! The cross-country adventure of “Jay and Silent Bob Strike Back” is now an official, authorized edition of Monopoly, with a game board featuring art and locations from the movie! The game also has new Chance cards, Community Chest cards and game pieces, all set to the same classic Monopoly gameplay! Packaged in a full-color game box with movie artwork. (Item #DEC142209, SRP: $39.99) 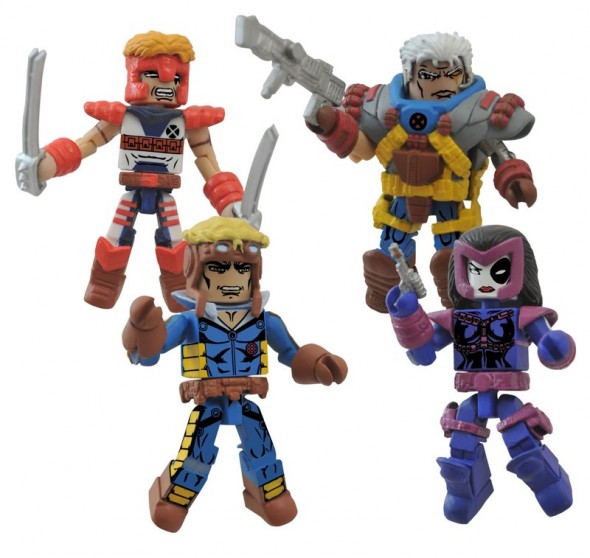 Marvel Minimates Classic X-Force Box Set A Diamond Select Toys Release! When a job needs to be done and the X-Men are afraid to do it, that’s when X-Force steps in! Led by Cable, this team of young mutants is ready to bring the pain, and this box set flashes back to a time when stealth suits were unheard of and pouches were everywhere! The set includes Cable, Domino, Cannonball and Shatterstar, and each fully poseable Minimate stands approximately 2 inches tall and features a variety of interchangeable parts and accessories. Packaged on a blister card. (Item #JUL142036, SRP: $19.99) 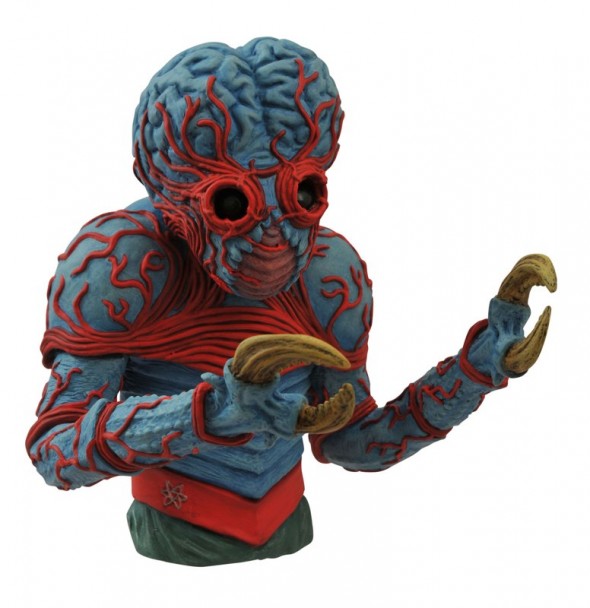 Universal Monsters Metaluna Mutant Vinyl Bust Bank A Diamond Select Toys Release! The Universal Monsters are not dead yet! This year, Halloween will bring one more vinyl bust bank to join the monstrous line-up, the Metaluna Mutant! Whether you love him from This Island Earth or the Mystery Science Theatre 3000 takedown, he’ll make a big impression on your shelf, with high-quality sculpting and paint details. Plus, his brain alone will hold several dollars in change, thanks to the coin slot on his back! Packaged in a clear polybag. (Item #JUL142037, SRP: $22.99) 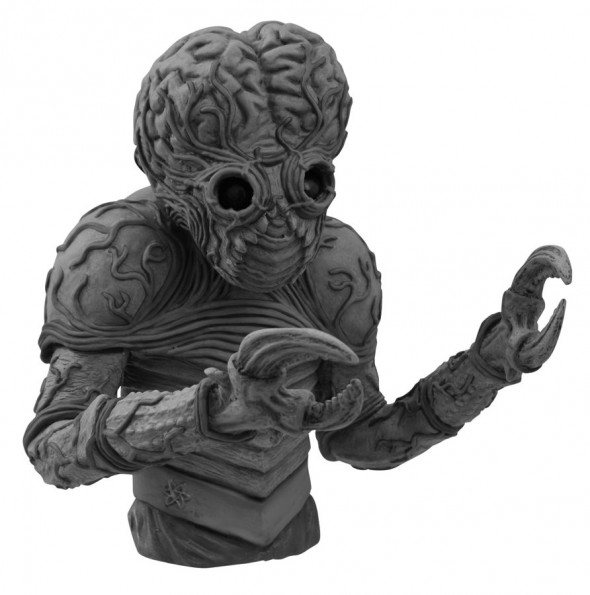 Universal Monsters Metaluna Mutant B&W Vinyl Bust Bank A Diamond Select Toys Release! The Metaluna Mutant is back in black (and white)! The horrific monstrosity that served a superior intelligence in the sci-fi classic This Island Earth (as well as the Mystery Science Theatre 3000 takedown) is getting the silver-screen treatment with a new, film-accurate grayscale edition of his vinyl bank! He’ll still make a big impression on your shelf, with high-quality sculpting and paint details, plus his brain alone will hold several dollars in change, thanks to the coin slot on his back! Packaged in a clear polybag. (Item #APR148519, SRP: $22.99) Find your nearest comic shop using the Comic Shop Locator!