This week’s New Toy Day sees Diamond Select Toys delivering a trio of titanic team-ups to your local comic shop! First up, Marvel Select action figures of Black Widow and Thor team up their diorama bases to re-create a scene from Avengers: Age of Ultron! Next, Bloodshot and X-O Manowar take a licking and keep on teaming up in the super-deluxe Valiant Comics Minimates Battle-Damaged 2-Pack! Thirdly, Bluntman and Chronic team up to take on Cock-Knocker in the Series 2 of Jay and Silent Bob Strike Back action figures! Plus: Dwight teams up with the ladies of Old Town to take on the mob, the Deadly Vipers team up to take down their old friend The Bride, Ant-Man teams up with some ants! They’re all coming to stores this week from Diamond Select Toys! Read on for more info, then team up with your nearest retailer to order! 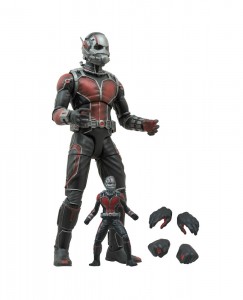 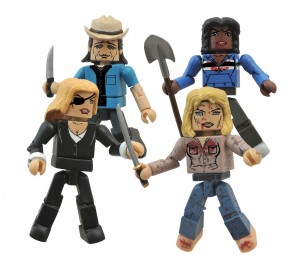 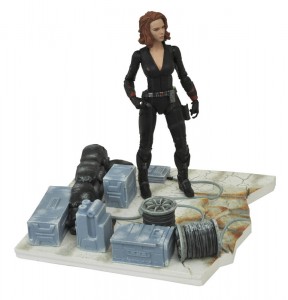 Marvel Select Avengers Age of Ultron Black Widow Action Figure A Diamond Select Toys release! Finally, the figure fans have been waiting for has arrived! After three blockbuster film appearances, Scarlett Johansson’s Black Widow joins the Marvel Select Avengers line-up, just in time for Marvel’s Avengers: Age of Ultron! This 7-inch scale figure features her look from the new movie, has 16 points of articulation, and includes a diorama base that connects to Age of Ultron Thor’s to create a scene from the film. She comes packaged in the now-famous Marvel Select display packaging, with spine artwork for shelf reference. Sculpted by Gentle Giant! (Item #FEB152166, SRP: $24.99) 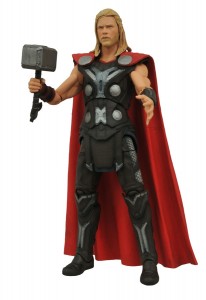 Marvel Select Avengers Age of Ultron Thor Action Figure A Diamond Select Toys release! It’s time to put the hammer down! Thor, prince of Asgard, returns to Earth in “Avengers: Age of Ultron,” and DST is revisiting their sold-out action figure from Thor: The Dark World with an all-new paint scheme and an all-new base! Standing almost 8 inches tall, this Thor figure sports 16 points of articulation and a spot-on likeness of Chris Hemsworth from the film, and comes packaged in Select-style display packaging, with spine artwork for shelf reference. Sculpted by Gentle Giant! (Item #JAN152175, SRP: $24.99)

Sin City Minimates Series 3 Big Fat Kill Box Set A Diamond Select Toys release! Sometimes, sticking up for your friends means having to kill a whole lotta people. At least, in Sin City it does! The third storyline from the groundbreaking 2005 movie is now a four-pack of Minimates mini-figures, including Dwight, Gail, Miho and Jackie-Boy! Each 2-inch Minimates mini-figure features 14 points of articulation and interchangeable parts and accessories. Comes packaged on a full-color blister card. Designed by Art Asylum! (Item #JAN152170, SRP: $19.99) 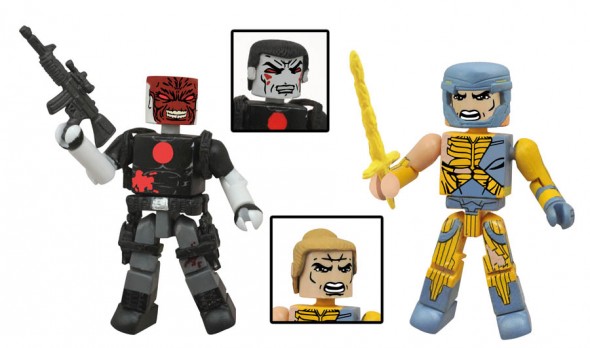 Valiant Minimates Battle Damaged X-O Manowar and Bloodshot 2-Pack A Diamond Select Toys release! Prepare to enter the world of Valiant Entertainment! The Valiant Universe has been reborn, and heroes X-O Manowar and Bloodshot are back in new monthly comic-book adventures! Kick off your collection of Valiant heroes with this two-pack of X-O Manowar and Bloodshot fresh from a skirmish, maybe even against each other! Each two-inch Minimates mini-figure features 14 points of articulation as well as interchangeable parts and acccessories. Packaged in a full-color blister card. Designed by Art Asylum! (Item #FEB152162, SRP: $9.99) In Stores Next Week: Mr. Freeze! Find your nearest comic shop using the Comic Shop Locator, or order through DiamondSelectToys.com!