With the first series of Marvel Animated Minimates scheduled to arrive in Walgreens stores in early September , it’s time to take a look at Series 1.5! Scheduled for a holiday release, this all-new assortment of eight Minimates mini-figures draws on the world of Avengers Assemble and Ultimate Spider-Man, providing a cool mix of animated-style heroes and villains! 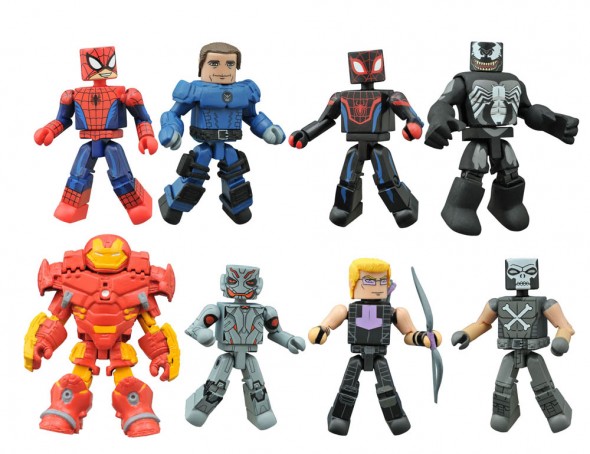 The assortment, which is expected to be available in all Walgreens by December, includes the following two-packs: – From Ultimate Spider-Man, Spider-Man (with web line and interchangeable half-raised mask head) comes packed with Agent Coulson, with fully removable SHIELD armor to reveal his blue suit underneath. – From Avengers Assemble, a massive Hulkbuster Iron Man, with removable armor pieces and a flip-up helmet, comes with the evil android Ultron. – From Ultimate Spider-Man, the alternate-reality Spider-Man, Miles Morales (with web line and interchangeable unmasked head) comes with the Harry Osborne version of Venom, with removable parts and an interchangeable head to create the Venom clones from “Venom Bomb.” – From Avengers Assemble, Hawkeye (with quiver, bow and arrows) comes with hired thug Crossbones. Each Minimates mini-figure features up to 14 points of articulation, and all parts and accessories are fully interchangeable. Each two-pack comes in show-branded packaging, with a clear display base for each figure. Look for Series 1 in September and Series 1.5 in December, exclusively at Walgreens! 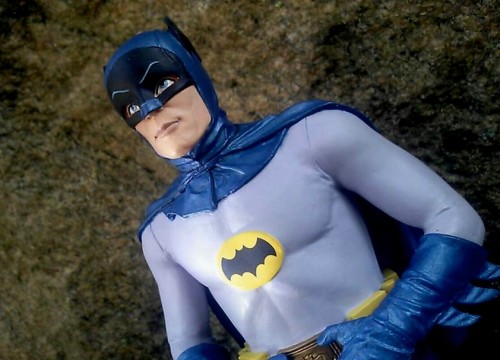