The Marvel Animated Universe is expanding at Walgreens! With Series 1.5 of Marvel Animated Minimates in stores this holiday season, Diamond Select Toys is ready to reveal Series 2 of the Walgreens-exclusive mini-figure line! The all-new assortment features two-packs from Marvel’s Avengers Assemble, Guardians of the Galaxy and Ultimate Spider-Man, including Super Heroes, villains and even villainous Super Heroes! Series 2 will include four different two-packs, each containing two 2-inch Minimates mini-figures. The assortment includes: 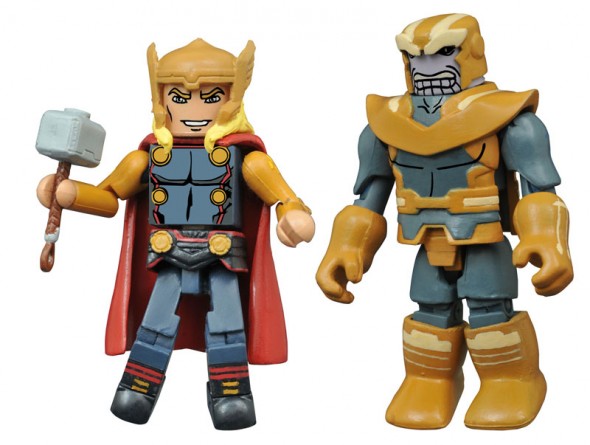 – From Marvel’s Avengers Assemble, “Dark Avengers” Thor with his hammer Mjolnir and an alternate helmetless hair piece, and Thanos, the universe-conquering Titan. 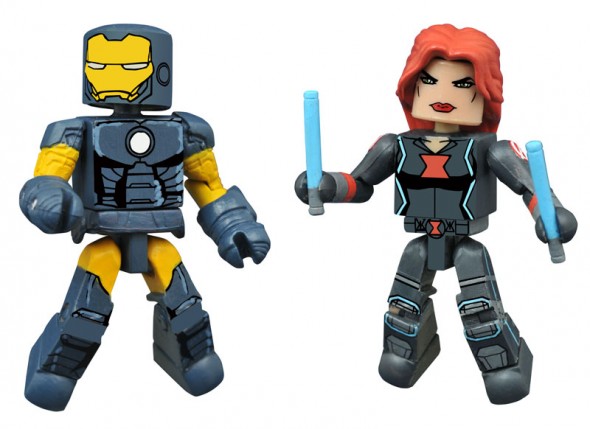 – Also from Marvel’s Avengers Assemble, “Dark Avengers” Iron Man with a removable helmet, and Black Widow with her shock batons. 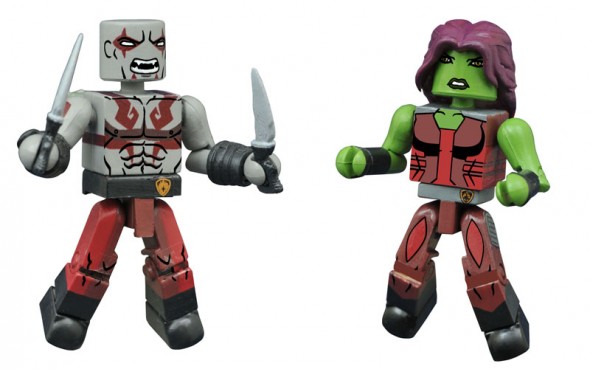 – From Marvel’s Guardians of the Galaxy, Gamora with her sword and Drax with his knives and baby Groot. 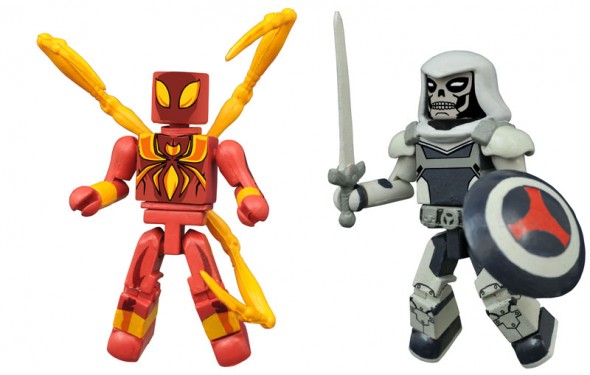 – From Marvel’s Ultimate Spider-Man, Iron Spider-Man with an interchangeable unmasked head, and Taskmaster with his sword and shield. Each 2-inch Minimates mini-figure features fully interchangeable parts, so you can trade accessories and create custom looks. Minimates also feature a standard 14 points of articulation, to strike a variety of poses, and each Minimate comes with a clear disc base that pegs into the character’s foot. Look for Series 2 to arrive in all Walgreens stores in early 2016. Series 1 is in stores now, and Series 1.5 will arrive in December! Find your nearest store and check inventory at Walgreens.com! About Diamond Select Toys Diamond Select Toys and Collectibles was founded in 1999 by sister company Diamond Comics Distributors to develop new and exciting products for collectors of all ages. Minimates first appeared in 2002, from design studio Art Asylum, and they assumed their current 2-inch scale in 2003, with the launch of the Marvel line. In 2007, DST acquired Art Asylum and the Minimates mini-figure brand. There are currently over 2,400 Minimates, spanning over 60 different licenses. About Marvel Entertainment, LLC Marvel Entertainment, LLC, a wholly-owned subsidiary of The Walt Disney Company, is one of the world’s most prominent character-based entertainment companies, built on a proven library of more than 8,000 characters featured in a variety of media over seventy-five years. Marvel utilizes its character franchises in entertainment, licensing and publishing. For more information, visit marvel.com.© 2015 MARVEL 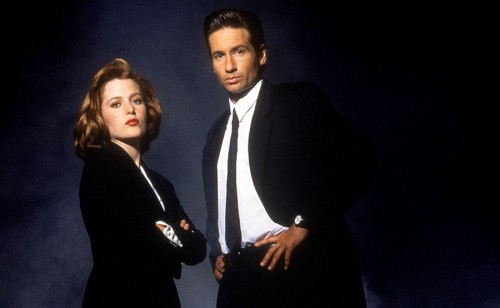 Next Up: Diamond Select Toys Reveals X-Files Toy Plans for 2016