Cassie Hack has faced a lot of terrifying monsters, and now she’s facing the biggest monster of all – New York Comic-Con! The monster-hunting hottie of Tim Seeley’s hit horror comic book series Hack/Slash is now a 9-inch Femme Fatales vinyl statue from Diamond Select Toys, and NYCC 2015 will see the debut of a new exclusive variant, only available at the Action Figure Xpress booth! 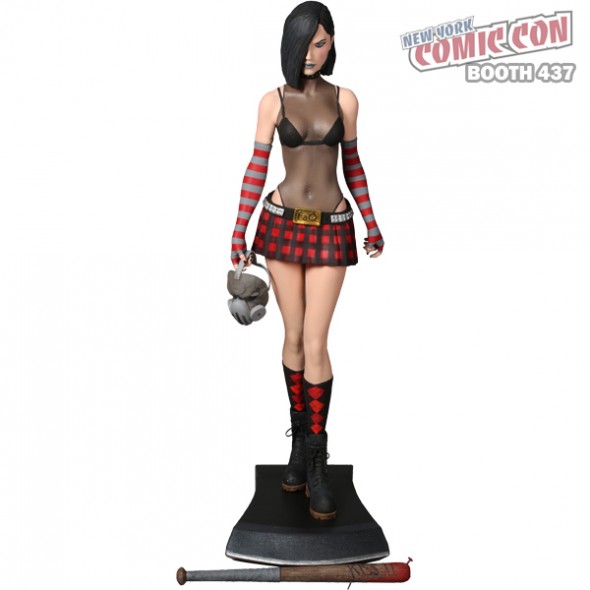 Measuring approximately 9 inches tall, Cassie Hack strides along an axe head, and comes with her friend Vlad’s mask and a spiked baseball bat, both of which can be held in her hands. This AFX-exclusive variant features a new red color scheme, instead of her regular blue and grey, including red striped gloves, a red plaid skirt, and red argyle socks. Packaged in an individually numbered window box, this red Cassie will be limited to only 1,000 pieces, and it will go on sale for the first time ever at booth 437 at New York Comic-Con. Also at the AFX booth, NYCC attendees will be able to pick up limited quantities of AFX’s Comic-Con International exclusives from this past summer, including the Femme Fatales Justice League Supergirl statue, the Avengers: Age of Ultron Minimates box set, a Retro-Boxed Alien Minimate, and the Masked Predator bottle opener. 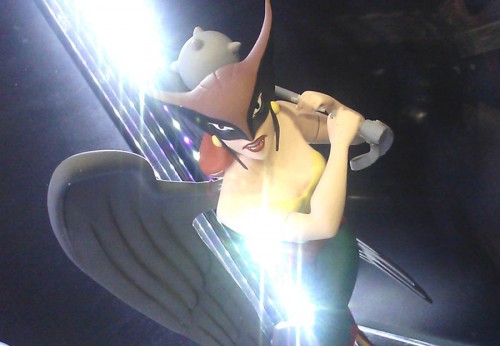