It’s a new Ask DST, with Diamond Select Toys president DSTChuck, and this one is all about Marvel! While he can’t talk too much about the 2016 line-up (which currently consists of three Civil War-based figures: Captain America, Iron Man and Winter Soldier), Chuck does put the kibosh on a few guesses, and confirms that there should be something on display at New York Toy Fair on February 14. Or even sooner! Shandon W. Would it be possible for a movie mix’n’match figure? i.e. A suited torso similar to the Gotham Gordon with different colored ties that would plug like the Carnage accessories. Interchangeable Coulson heads w/ and w/o glasses, an RDJ head and maybe a Michael Douglas head. I know licensing would probably be a pain, but you have to admit it sounds like an awesome idea! (That I stole from Legends w/ the Jameson/Chameleon//Hammerhead.) You could also throw in some additional hands and weapons too! DSTChuck: Yes, it would be cool, but you are correct, something like that would not be possible. Akira F. Hello those at Art Asylum and Diamond Select Toys! I would like to know if you would consider making a figure of Loki, using the design of him from Marvel’s “Loki Agent of Asgard” comic series? It has never been done before, and I really would like if there were to be a figure done from Loki’s comic. Thanks for taking the time to read this! DSTChuck: For sure, Loki has not been ruled out as a possible Select figure! Chris H. Do we have at least one Hulk or Gamma Powered character on the slate for 2016? DSTChuck: Interesting way to ask the question. The answer at this time is “no.” Nate B. Hi Chuck, How you been doing? I know your real busy planning a great Marvel Select 2016 line. 2015 was GREAT. 1st can you give us a hint what comic line your XL 2016 figure release will be? 2nd Can you PLEASE make it happen for The Watcher rerelease for 2016 cause it got cancelled back in end of 2014. 3rd Any possibility to make these figures in the future: Enchantress (top high demand figure never done before and #1 on collectors want list), Comic Loki, Vision and Comic Odin would be incredible. Thanks for reading. DSTChuck: No luck yet on the Watcher, as for the XL, the plan right now is to show it at Toy Fair, so we’ll see. Humberto R. Do you plan do add to your Marvel Select line the Hercules figure, Zeus, and the Sub-mariner any time soon? DSTChuck: Sub-Mariner has been discussed, but as of now he is not scheduled for 2016. Get the details about 2016’s first comic-based Marvel Select figure tomorrow at Marvel.com! And stay tuned for information about the Ask DST#300 livechat! 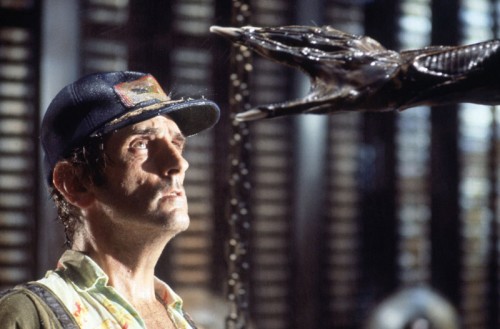