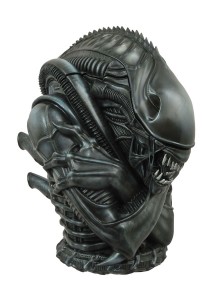 Aliens Warrior Alien Ceramic Cookie Jar A Diamond Select Toys Release! Cookie thieves mostly come out at night, mostly, so make sure your cookies are safe with this detailed ceramic cookie jar in the shape of a ferocious Alien Warrior from the sci-fi classic Aliens! Even if it doesn’t instantly send thieves running from the room, no one will dare lift the jar’s removable skullcap to get at the sweet, sweet cookies inside – there are way too many nasty things inside a xenomorph to take the risk! This approximately 12” tall cookie jar comes packaged in a full-color box. Sculpted by Paul Harding! (Item #AUG152314, SRP: $44.99) 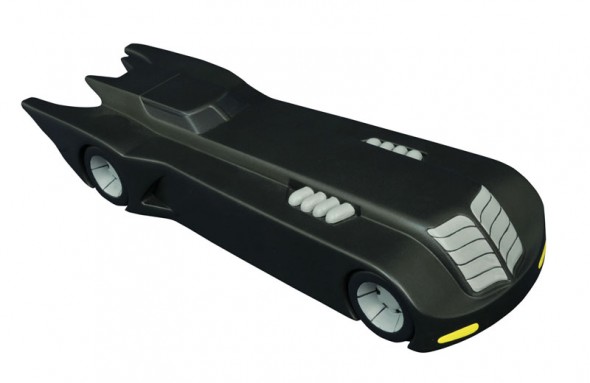 Batman The Animated Series Batmobile Vinyl Bank A Diamond Select Toys release! Where does Batman get those wonderful toys? He saves up for them! In fact, if Batman used a piggy bank, it would probably be in the shape of the classic, streamlined Batmobile as seen in Batman: The Animated Series. This approximately 12” long vinyl bank looks like it just drove off the streets of animated Gotham City, and has a coin slot in the top and an access door underneath so you can save up for that grappling hook you’ve had your eye on. Packaged in a clear polybag. (Item #AUG152308, SRP: $29.99) Jay and Silent Bob Bobble Heads A Diamond Select Toys release! Always wanted to have Jay and Silent Bob head-bang right in your own home? Well, now you can with these all-new bobbleheads of the famous duo! Measuring approximately 7 inches tall, each resin bobblehead comes packaged in a full-color window box. Turn on some Russian heavy metal, set those heads a-noddin’, then sit back and enjoy the show! Jay (Item #SEP152167, SRP: $19.99) Silent Bob (Item #SEP152168, SRP: $19.99) Star Trek Enterprise NX-01 Electronic Starship A Diamond Select Toys release! It’s been over a decade since we explored the early days of the Federation in the Star Trek TV series Enterprise, and now DST and Art Asylum are bringing their first-ever electronic starship out of drydock! Not available since 2002, the U.S.S. Enterprise NX-01 has been given a full overhaul, with new paint, new lights, new sound effects and new dialogue straight from the show, featuring Captain Archer! The press of a button triggers the electronic features, as the 12-inch plastic ship rests atop a plastic display base. Packaged in a full-color window box with try-me feature. (Item #JUN058142, SRP: $65.00) Star Trek TNG Femme Fatales Counselor Troi PVC Statue A Diamond Select Toys release! Hello, Counselor! Continuing DST’s line of Star Trek Femme Fatales statues, ship’s counselor Deanna Troi makes her debut, wearing the official U.S.S. Enterprise minidress uniform she wore when we first met her in Season 1 of Star Trek: The Next Generation. Standing approximately 9” tall atop her base, this detailed PVC statue comes packaged in a full-color window box. (Item #SEP152170, SRP: $44.99) Find your nearest store at comicshoplocator.com! 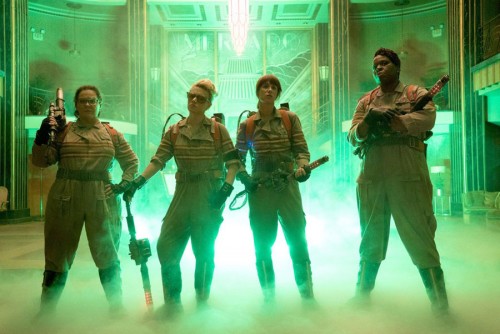 Next Up: Diamond Select Toys Licenses New Ghostbusters Film in 2016