It’s New Toy Day at comic shops and specialty stores across North America, and Diamond Select Toys is delivering a ton of toy goodness! In addition to three new assortments of Minimates – Predator, Alice Through the Looking Glass and The Nightmare Before Christmas – this week also brings two new PVC figures, Superman and the Joker, as well as a resin statue of the X-Men’s Rogue! Plus, the NBX Sally Coffin Doll is back with a new face! Read on for details, and find a comic shop near you at comicshoplocator.com! 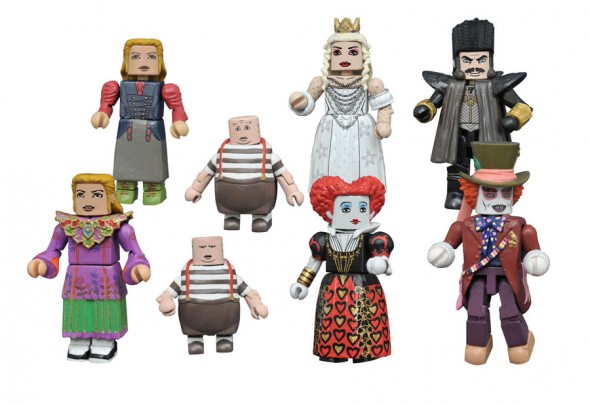 Alice Through the Looking Glass Movie Minimates 2-Packs Asst. A Diamond Select Toys release! It’s time to go through the looking glass! DST takes on the sequel to Tim Burton’s Alice in Wonderland with a new assortment of Minimates mini-figures based entirely on Alice Through the Looking Glass! Four two-packs feature the Mad Hatter with the Red Queen, Time with the White Queen, Alice with Tweedledee and a rare one-per-case set of Ribbon Fantasy Alice with Tweedledum! Each 2-inch Minimates mini-figure features up to 14 points of articulation and fully interchangeable parts. Each two-pack is packaged in a full-color blister card. (Item #APR162615, SRP: $9.99/ea.) DC Gallery Batman The Animated Series Joker 9” PVC Figure A Diamond Select Toys release! This is no joke – the Joker is the second figure in the Batman: The Animated Series Gallery line! Joining the previously offered Batman, as well as the classic cartoon’s numerous Femme Fatales, this 9-inch scale PVC figure of The Joker depicts him wearing his famous wide-brimmed hat, with one foot on a ringmaster’s pedestal, and is sculpted with a high level of detail with exacting paint applications. Packaged in a full-color window box, he is in scale to other Gallery and Femme Fatales PVC figures. Sculpted by Sam Greenwell! (Item # MAR162250, SRP: $45.00 Marvel Premier Collection Rogue 12” Resin Statue A Diamond Select Toys release! This is the statue you’ve been waitin’ for, shugah! The Marvel Premier Collection continues its tour of the icons of the Marvel Universe with this statue of the X-Men’s Southern belle, Rogue! Depicted in mid-flight, the power-stealing sweetheart is wearing her fan-favorite 1990s yellow-and-green costume, with leather jacket, and measures approximately 12” tall. Limited to only 3,000 pieces, this numbered resin statue is packaged with a certificate of authenticity in a full-color box. Sculpted by Clayburn Moore! (Item # MAR162239, SRP: $150.00 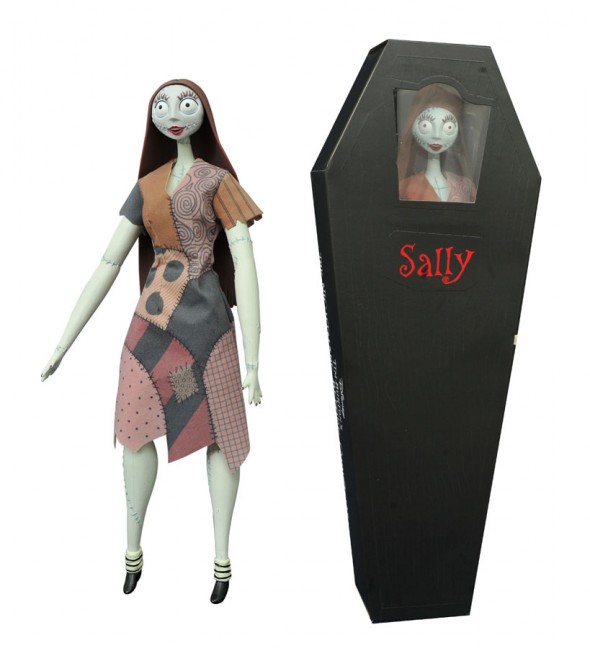 Nightmare Before Christmas Collection Sally Coffin Doll Unlimited Edition A Diamond Select Toys release! Expand your Halloween Town doll display with this new release in the Nightmare Before Christmas Collection! Measuring 14” tall, this detailed, articulated doll of Sally the Rag Doll features a new head sculpt and a real fabric costume, and looks as if she just stepped off of the big screen. The 14-inch tall doll is in scale to all other NBX Collection and Cofficn Dolls, and comes in a coffin-shaped window box. The perfect gifts for any Halloween lover! (Item #APR162621, SRP: $49.99)