This week, your local comic shop — already a wonderland of magic and excitement — has become even more magical and exciting, as Diamond Select Toys ships a ton of new products! From Alice Through the Looking Glass, Doctor Strange, Mallrats, Marvel Comics and Alien, DST has Select action figures, Gallery PVC dioramas and Minimates mini-figures — something for every type of fan! So read on for details, and reserve your favorites at your local comic shop! 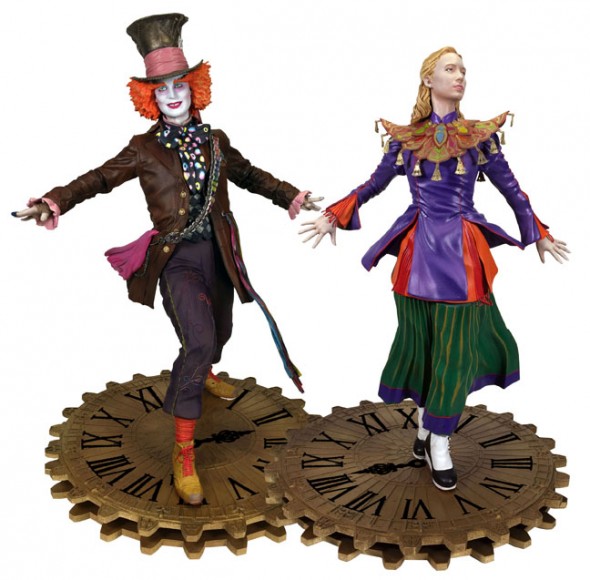 Alice Through the Looking Glass Gallery PVC Figures A Diamond Select Toys release! Gallery figures just went through the looking glass! Based on the new big-screen sequel to Alice in Wonderland, Alice Kingsleigh and the Mad Hatter are now featured in the hot new Gallery figure line from DST, capturing heroes and heroines from the world of pop culture as 9-inch scale PVC statues! Each 9-inch figure features high-quality paint applications, and each stands atop a sculpted base made out of clock gears – interlock the two bases to form one combined diorama! Each figure comes packaged in a full-color window box. Sculpted by Gentle Giant Studios! Alice Gallery Figure (Item #JUN162362, SRP: $45.00) Mad Hatter Gallery Figure (Item #JUN162361, SRP: $45.00) 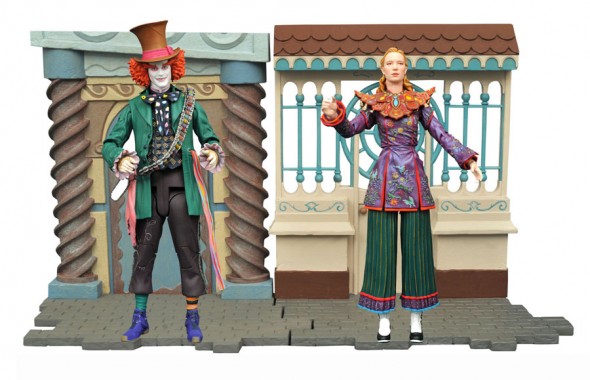 Alice Through the Looking Glass Select Action Figures Series 1 Asst. A Diamond Select Toys Release! For the first time ever, DST is offering fully poseable 7” scale action figures based on an Alice in Wonderland movie! These 7-inch figures of Alice Kingsleigh and the young Mad Hatter, based on their appearances in Alice Through the Looking Glass, feature the likenesses of Mia Wasikowska and Johnny Depp, and have up to 16 points of articulation. Each comes with a diorama background depicting a building from Wonderland – connect the bases to build a larger town! Figures are individually packaged in the display-ready Select packaging, with spine artwork for shelf reference. Sculpted by Gentle Giant Studios! Alice Figure (Item #JUL162616, SRP: $24.99) Hatter Figure (Item #JUL162617, SRP: $24.99) 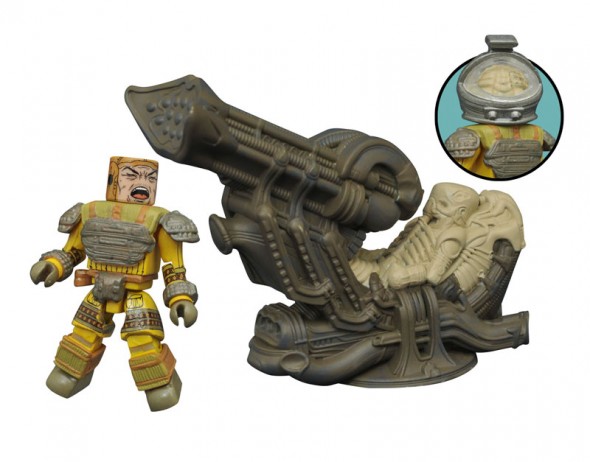 Aliens Deluxe Minimates Space Jockey Figure Set A Diamond Select Toys release! When a Minimate set gets this big, it can only be called Deluxe! The Aliens Deluxe Minimates line continues with a third Deluxe release, the Alien Space Jockey, as seen in the 1979 film that started it all! This Minimates-style diorama piece measures over 4 inches tall and comes with an exclusive 2” Minimates mini-figure of Nostromo crew member Kane, wearing his environmental suit with melted face plate, plus multiple alien eggs. Kane is fully poseable with 14 points of articulation, a removable helmet and interchangeable parts, including a facehugger alien! Fully compatible with all Alien and Predator Minimates. Packaged on a full-color blister card. (Item #OCT162586, SRP: $14.99) 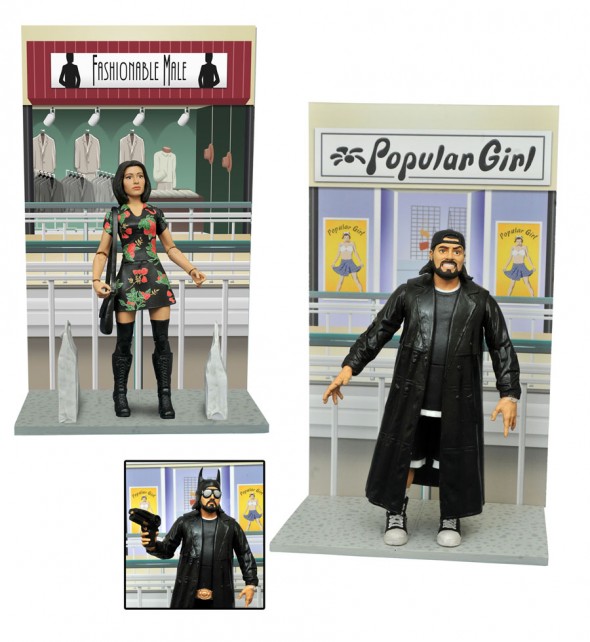 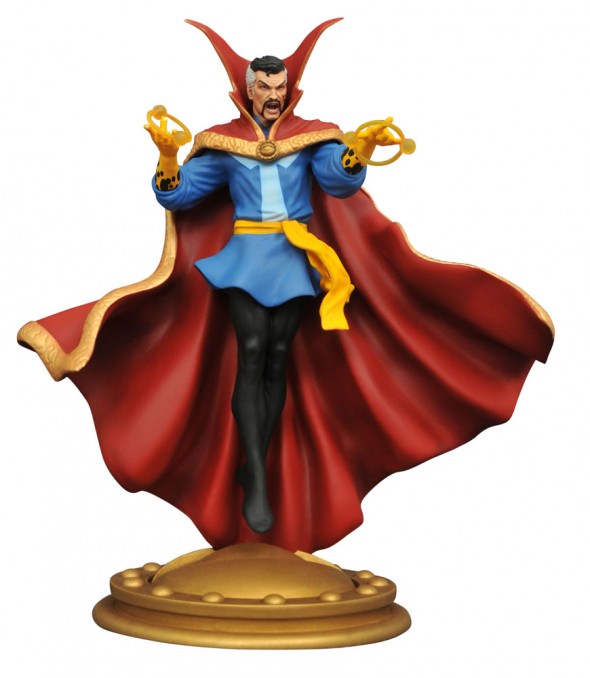 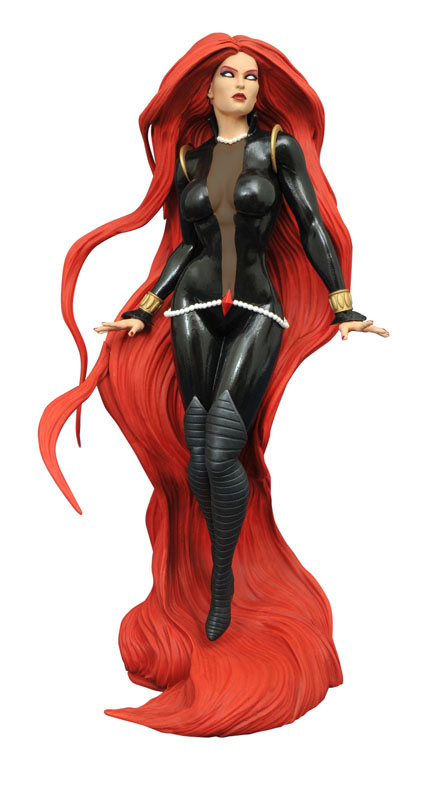 Marvel Gallery Medusa PVC Diorama A Diamond Select Toys release! All hail the queen of the Inhumans! Once a member of the Frightful Four, now monarch of the Inhuman race, Medusa is the latest PVC diorama to join the Marvel Gallery line. Wearing one of her most recent costumes, she hovers above the ground, suspended by her own prehensile hair! This PVC figure is sculpted in 9-inch scale, making it in scale to all Gallery and Femme Fatales PVC figures. Packaged in a full-color window box. Sculpted by Alejandro Pereira! (Item #OCT162587, SRP: $45.00) 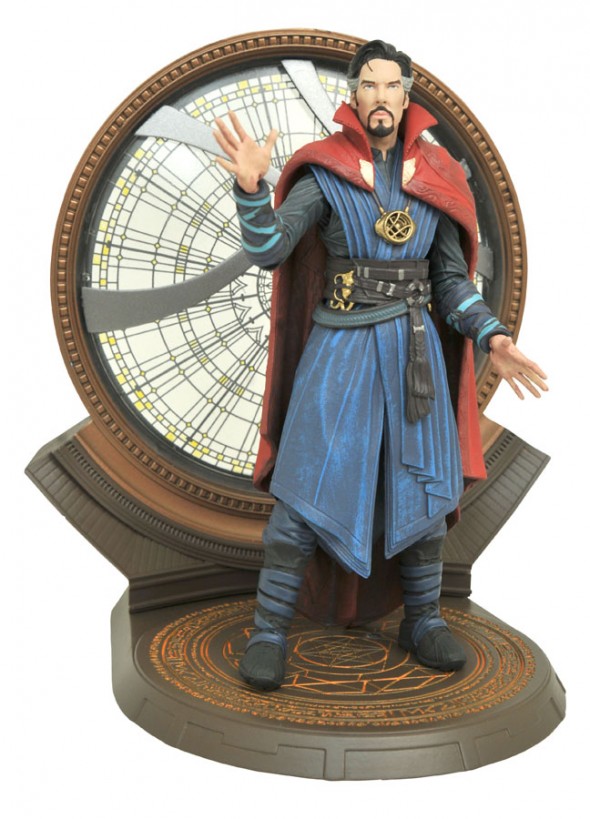 Marvel Select Doctor Strange Movie Action Figure A Diamond Select Toys release! The Sorcerer Supreme and soon-to-be-cinematic superstar is the next Marvel Select masterpiece! This 7-inch action figure depicts Dr. Stephen Strange as he appears in the upcoming Marvel feature film, with a screen-accurate costume and the likeness of actor Benedict Cumberbatch. The figure features 16 points of articulation, and comes with a diorama-style base capturing an environment from the film. Packaged in the display-ready Select packaging, with spine artwork for shelf reference. Sculpted by Gentle Giant Studios! (Item #JUN162396, SRP: $24.99) Find your nearest comic shop at comicshoplocator.com! 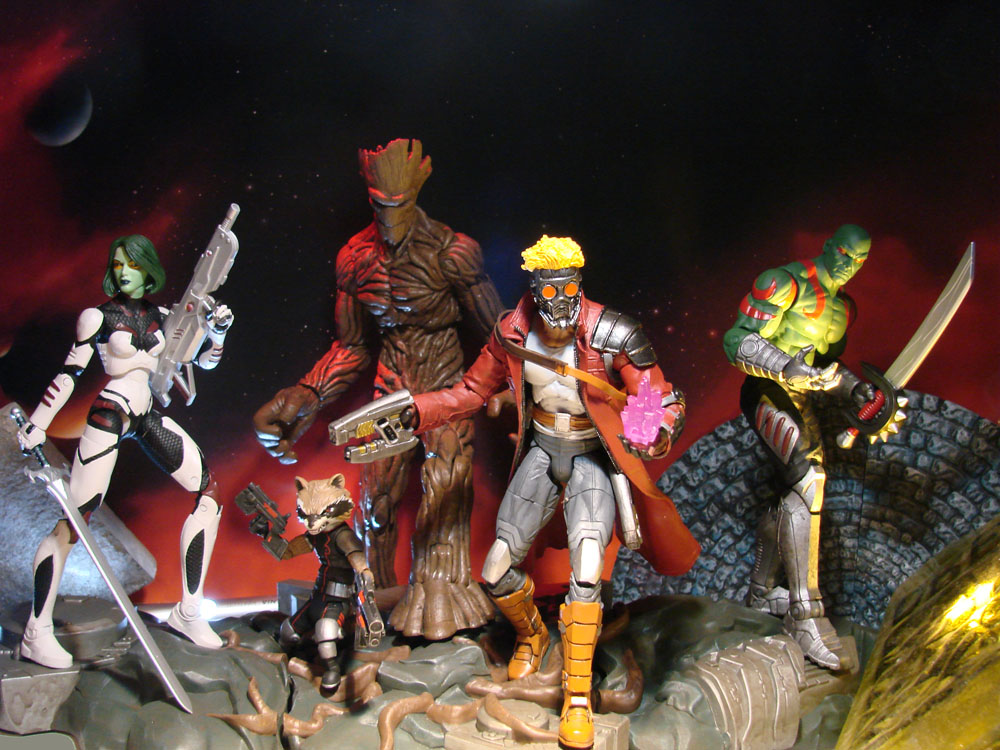 Next Up: Marvel Shop Blasts Off with New Marvel Select Guardia...