Diamond Select Toys recently released Series 4 of its Marvel Animated Minimates collection, the latest assortment in an exclusive mini-figure line only available at Walgreens stores. Now they’re ready to unveil the next assortment in the line! This upcoming fifth series of figures features all-new two-packs from Marvel’s Ultimate Spider-Man and Avengers Assemble, including new variations on your favorite Super Heroes and Super Villains, as well as two never-before-made characters! 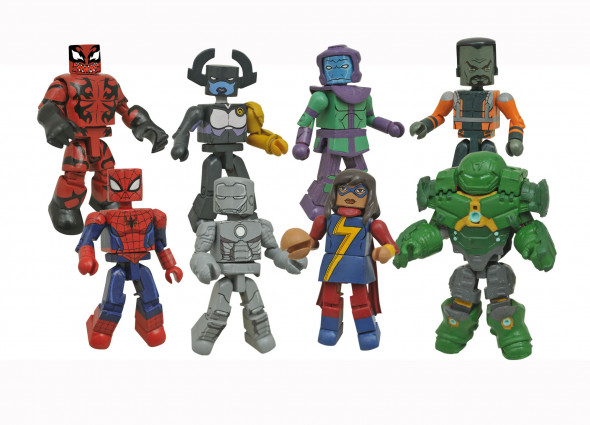 Series 5 will hit on July 1, and will include four different two-packs, each containing two 2-inch Minimates mini-figures. The assortment includes: 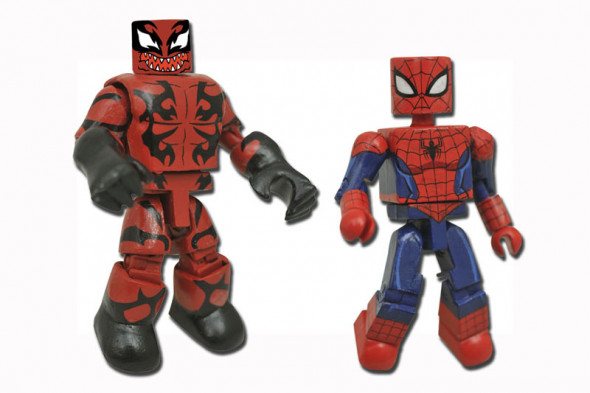 – From Marvel’s Ultimate Spider-Man, Spider-Girl faces off with Hulk Carnage! May “Mayday” Parker is the daughter of Peter Parker from an alternate Earth, while a Carnage-possessed Hulk ravaged New York City in “The Symbiote Saga.” Spider-Girl includes a webline accessory. 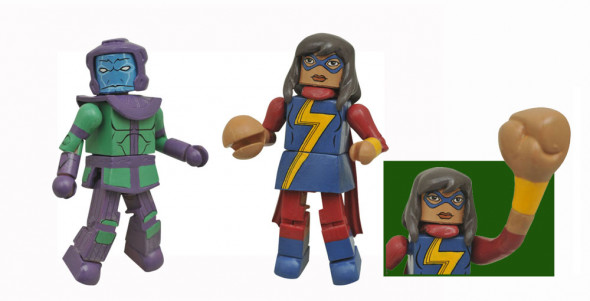 – Also from Marvel’s Ultimate Spider-Man, Ms. Marvel battles Kang the Conqueror! Teenage Inhuman superheroine Kamala Khan comes with an interchangeable stretching arm and giant hand to challenge the master of time himself! This is the first Marvel Minimate of the new Ms. Marvel! 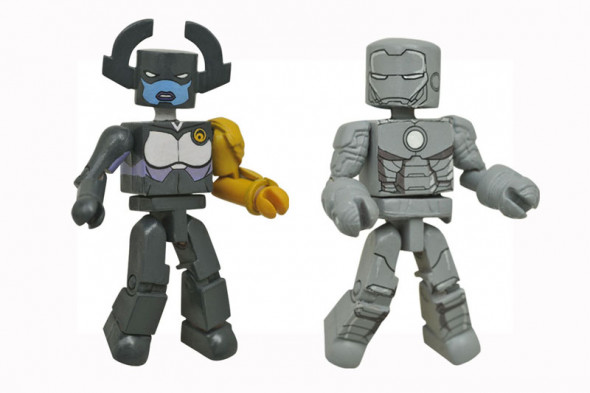 – From Marvel’s Avengers Assemble, Iron Man’s Mark II armor goes up against Proxima Midnight, a super-strong lieutenant of Thanos. Iron Man eatures a removable helmet and flight stand, while Proxima comes with her spear. This is the first Marvel Minimate of Proxima Midnight! 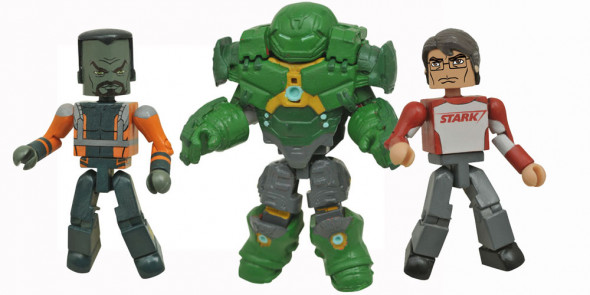 – Also from Marvel’s Avengers Assemble, Bruce Banner puts on his very own Hulkbuster Armor to take on the gamma-irradiated genius The Leader! The Hulkbuster Armor is removable, and Bruce includes alternate parts so you can display him in his Stark Industries T-shirt! Each 2-inch Minimates mini-figure features fully interchangeable parts, so you can trade accessories and create custom looks. Minimates also feature a standard 14 points of articulation, to strike a variety of poses, and each Minimate comes with a clear disc base that pegs into the character’s foot to support dynamic poses. Look for Series 5 to arrive in all Walgreens stores on July 1, 2017. Series 4 is in stores now, with Deep Immersion Spider-Man and Anti-Venom, Green Goblin with Scarlet Spider, Speed Energy Hulk with Speed Demon, and Iron Skull with Doctor Spectrum! Find your nearest store at Walgreens.com! 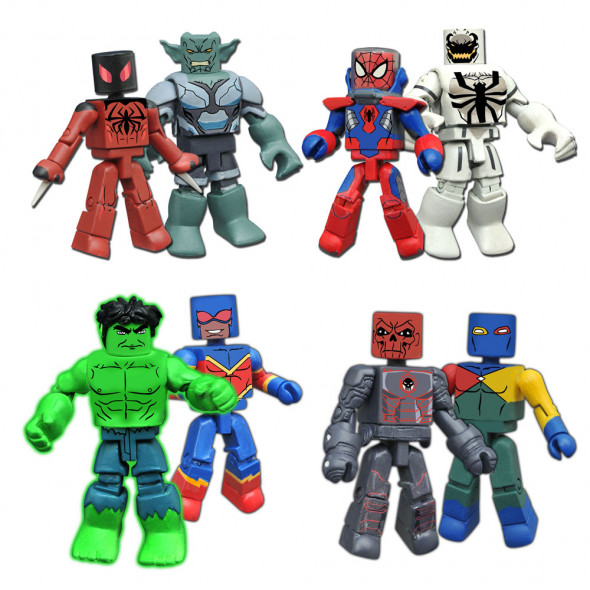 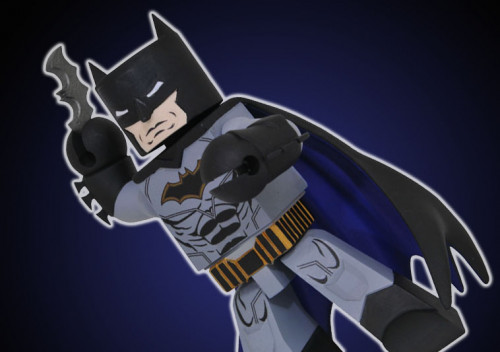 Next Up: New in Previews: DC, Marvel, TMNT and Alien: Covenant!