It’s Marvel vs. DC in this month’s Previews catalog! With a new bust, bank and Vinimates from DC, and new Minimates action figures, statues and bottle openers from Marvel, this is one that’s gonna get settled at retail! Read on to see what’s scheduled to ship in late 2017/early 2018 from Diamond Select Toys! Pre-order through your local comic shop or favorite online retailer! Batman Beyond Bruce Wayne Resin Bust A Diamond Select Toys Release! Time to go back to the future… the future of Gotham City! Not long from now, Gotham has transformed into a high-tech town, and a high-tech Batman has risen to fight the criminal element. Bruce Wayne is retired, but he mentors the new Batman and keeps him informed on old threats when they resurface. This approximately 6-inch resin bust of Bruce Wayne depicts him as he appears in Batman Beyond, and sits on top of a pedestal base inspired by the city’s ultra-modern architecture. Limited to only 3,000 pieces, it comes packaged in a hand-numbered, full-color box with a certificate of authenticity. Sculpted by Varner Studios! (Item # JUL172790, SRP: $59.99) Justice League Movie Vinimates Vinyl Figures A Diamond Select Toys Release! Complete the League with this all-new assortment of Vinimates vinyl figures based on the new Justice League feature film! Superman, Aquaman and Cyborg team up to take on the forces of evil in this new batch of figures from the highly anticipated movie. Each 4-inch vinyl figure is sculpted in a block-figure style, striking a pose straight from the movie. Each comes packaged in a full-color window box. Superman Vinyl Figure (Item # JUL172792, SRP: $9.99) Aquaman Vinyl Figure (Item # JUL172793, SRP: $9.99) Cyborg Vinyl Figure (Item # JUL172794, SRP: $9.99) 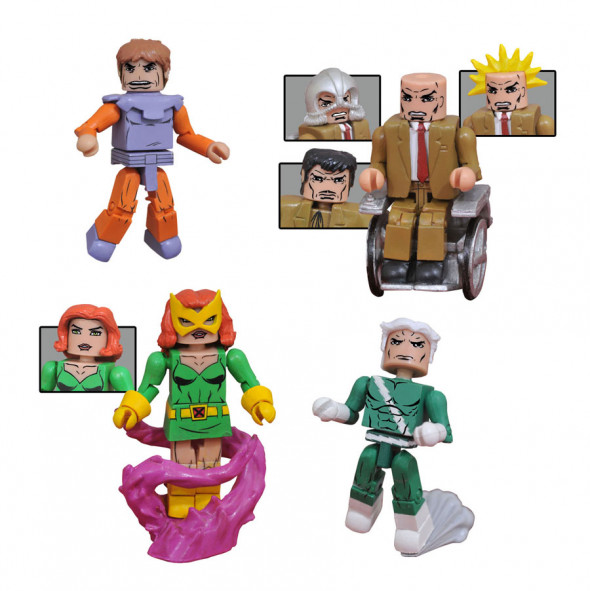 Marvel Minimates X-Men vs. Brotherhood Box Set A Diamond Select Toys Release! It’s the 15th anniversary of the Marvel Minimates line, and to celebrate, we’re going back to where it all began! This four-pack of Minimates captures two classic X-Men and two classic Evil Mutants in the 2-inch mini-figure form. A classically-styled Marvel Girl and Professor X team up to take on Quicksilver (in his green costume) and Toad – one of the first Marvel Minimates ever designed, in his first-ever release! Each Minimates mini-figure features 14 points of articulation and fully interchangeable parts, including unmasked hair for Jean Grey, a Cerebro helmet for Professor X, and alternate parts to turn Professor X into Mastermind! Packaged on a full-color blister card. (Item #JUL172800, SRP: $24.99) 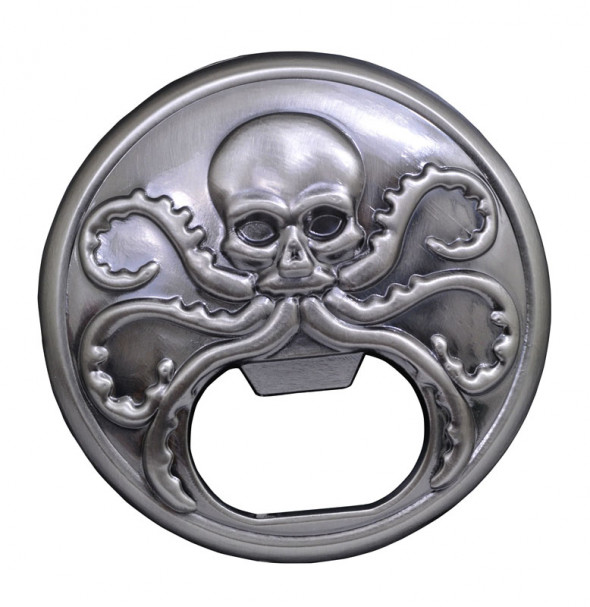 Marvel Hydra Symbol Metal Bottle Opener A Diamond Select Toys release! Hail Hydra! Ever feel like every time you open a bottle, two more take its place? Well you’ll be able to make short of those pesky bottles with this solid metal bottle opener in the shape of a Hydra logo! With powerful magnets on the back, it will hang on your refrigerator, waiting, until it is activated to fulfill its purpose – opening bottles! Packaged in a full-color slipcase. (Item #JUL172796, SRP: $18.00) 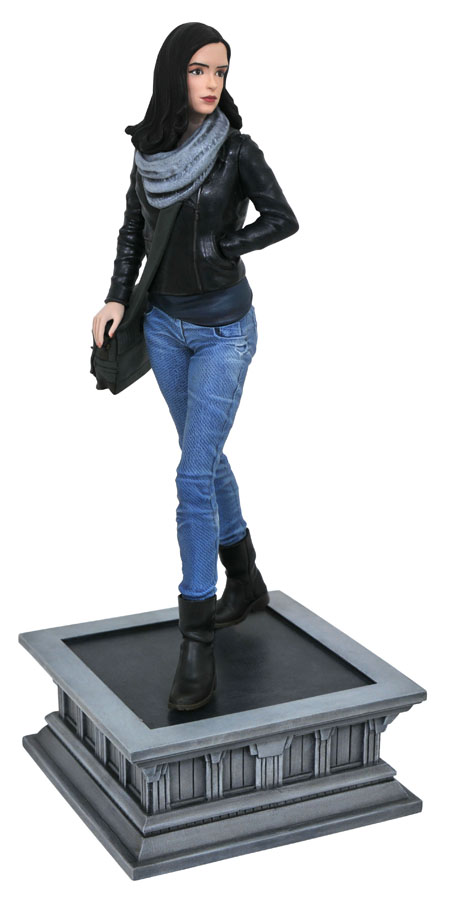 Marvel Gallery Netflix Jessica Jones PVC Diorama A Diamond Select Toys release! Defenders Assemble! Joining Luke Cage and Daredevil, Jessica ones is the third member of the Defenders to join the Marvel Gallery PVC Diorama line-up! Measuring approximately 11 inches tall atop a New York City-inspired diorama base, Jessica Jones wears her trademark scarf and jacket, and features the likeness of actress Krysten Ritter from the Jessica Jones Netflix TV series. She is in scale to other Marvel Gallery and Femme Fatales PVC Dioramas, and comes packaged in a full-color window box. Sculpted by Varner Studios! (Item #JUL172795, SRP: $45.00) Marvel Premier Collection Venom Statue A Diamond Select Toys release! Brains! Venom is back, and DST is celebrating his rebrth with this approximately 12-inch resin statue of the original symbiote! Breaking out of a glass tank, Venom is at his full power here, and is a must-have item for any Venom fan. Limited to only 3,000 pieces, it comes packaged in a full-color window box with a certificate of authenticity. Sculpted by Alejandro Pereira! (Item # JUL172797, SRP: $150.00) Marvel Select Thor Ragnarok Movie Action Figures A Diamond Select Toys release! They’re friends from work! Send your Marvel Select collection to the distant reaches of the galaxy with these two new 7-inch scale action figures based on the new Marvel Studios film, Thor: Ragnarok! Depicting Thor and the Hulk in their gladiator gear, each figure features 16 points of articulation and includes weapons seen in the film. Each figure comes packaged in the famous Select action figure packaging, with side panel artwork for shelf reference. Sculpted by Gentle Giant! Gladiator Thor Figure (Item # JUL172802, SRP: $24.99) Gladiator Hulk Figure (Item # JUL172803, SRP: $24.99) Marvel Spider-Man Homecoming Movie Resin Busts A Diamond Select Toys release! It’s almost time for Homecoming! The first Spider-Man film to be part of the Marvel Cinematic Universe is almost here, and DST is commemorating the occasion with to resin busts based on the film! One depicts Spidey in his high-tech suit, with web wings, while the other shows him in his homemade suit. Each measures approximately 6 inches tall and sits atop a pedestal inspired by New York architecture. Each comes packaged in a hand-numbered, full-color box with a certificate of authenticity. Sculpted by Gentle Giant! Web Glider Spider-Man Bust (Item # JUL172798, SRP: $59.99) Homemade Spider-Man Bust (Item # JUL172799, SRP: $59.99) Superman The Animated Series Vinyl Bust Bank A Diamond Select Toys Release! It’s a bust, it’s a bank, it’s Superman! The Man of Steel joins DST’s line of vinyl banks based on the DC Animated Universe, with this approximately 7-inch-tall portrait of Superman as he appeared in Superman: The Animated Series! With a coin slot on the back and an access door in the base, you’ll be able to save some dough even as you save the day! Packaged in a clear polybag. Sculpted by Varner Studios. (Item # JUL172791, SRP: $22.99) Find your nearest comic shop at comicshoplocator.com!