It’s a post-Comic-Con week, and while fans are still buzzing about the upcoming Diamond Select Toys items they saw on display there, there are a ton of new DST items shipping to their local comic shop they can actually buy! From the Dark Knight to The Dark Tower, from mini-busts to Minimates, there’s something for every kind of collector at your local comic shop this week! Read on, and reserve your favorite items at your local comic shop or order through your favorite online retailer! Batman Animated Series Riddler Resin Bust A Diamond Select Toys release! Riddle me this, riddle me that – who’s the Bat-foe with the most stylish hat? Joining DST’s epic line of resin busts based on Batman: The Animated Series, this bust of Edward Nygma, a.k.a. the Riddler, captures him in his suited look from the early seasons of the show. Measuring approximately 6 inches tall, this bust is in scale to other pieces in the series, and sits atop a pedestal base inspired by Gotham’s art-deco architecture. Packaged in a numbered, full-color box with a numbered certificate of authenticity, this bust is limited to just 3,000 pieces. Sculpted by Varner Studios! (Item # FEB172600, SRP: $59.99) Batman Classic TV Series Shakespeare Bust Vinyl Bank A Diamond Select Toys release! Quick, to the Bat-poles! Okay, so you haven’t installed those Bat-poles yet, but if you keep your spare change in this vinyl bank, you’ll save up for them in no time! Based on the bust of Shakespeare that unlocked the moving bookcase in the Batman Classic TV Series, this 20-inch tall vinyl bank features a working neck hinge, so you can tilt the head back to reveal a dial and button, as well as a real, working coin slot! With a coin access door hidden in the base, no one will suspect that this realistically painted bust is secretly a bank, or that you’re secretly Batman. Packaged in a full-color box. Sculpted by Paul Harding! Available at your local comic shop! (Item # JUN162388, SRP: $85.00) 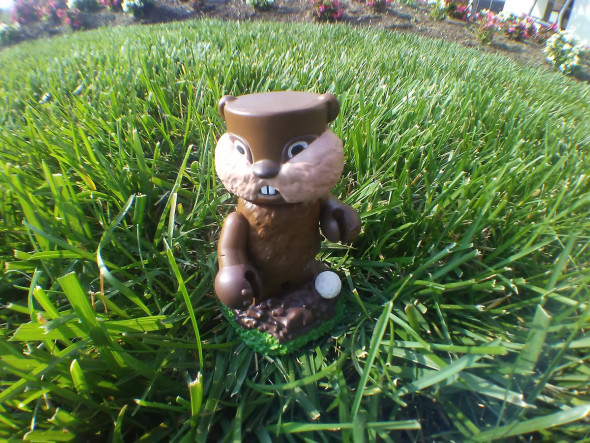 Caddyshack Vinimates Gopher Vinyl Figure A Diamond Select Toys release! Fore! Get ready for another round of Caddyshack Vinimates, based on the classic golf comedy! This nearly 4-inch vinyl figure of the Gopher is sculpted in the Minimates block-figure style, and features an articulated neck for further posing options. It comes packaged in a full-color window box. (Item # FEB172607, SRP: $9.99)

Dark Tower Movie Minimates Series 1 Box Set A Diamond Select Toys Release! The epic novels by Stephen King are now an epic feature film, and DST is epically excited about it! This all-new box set of four Minimates mini-figures features four characters from the upcoming film – Jake, the Gunslinger, the Man in Black and one top-secret character – each with up to 14 points of articulation and fully interchangeable parts and accessories. All four figures come packaged on a full-color blister card. (Item # APR172628, SRP: $24.99) Marvel Gallery Gwenpool PVC Diorama A Diamond Select Toys Release! When Gwenpool takes a selfie, it’s time to practice your selfie-defense! Coming from a world where everyone in the Marvel Universe is just a comic book character, Gwen Poole is a rookie mercenary on the rise, and she feels no guilt when her targets are fictional! This 9-inch sculpture, the first merchandise ever made of the hot new character, is made out of PVC plastic and features detailed sculpting and paint, atop a circular Gwenpool logo base. In scale to all Gallery and Femme Fatales PVC figures, Gwenpool comes packaged in a full-color window box. Sculpted by Alejandro Pereira! (Item # DEC162562, SRP: $45.00) Marvel Gallery Jean Grey Phoenix PVC Diorama A Diamond Select Toys Release! The Phoenix rises! The popular Marvel Gallery line of PVC dioramas continues with the first member of the Uncanny X-Men, the telepathic/telekinetic host of the Phoenix Force, Jean Grey! Standing approximately 10 inches tall, this diorama shows a happy Jean Grey in her classic green costume, hovering over a fiery Phoenix symbol! This PVC figure features detailed sculpting and paint applications, and comes packaged in a full-color window box. Sculpted by Alejandro Pereira! (Item # FEB172612, SRP: $45.00 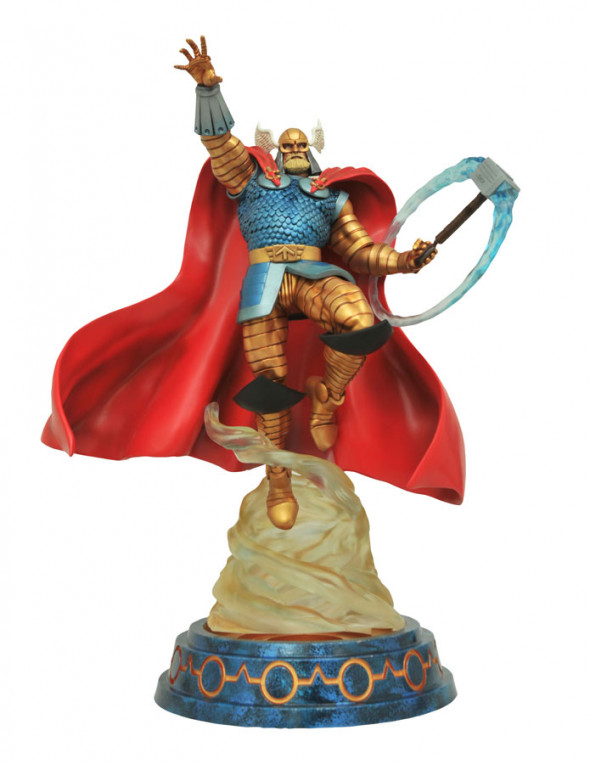 Marvel Milestones Armored Thor Resin Statue A Diamond Select Toys Release! Prepare for the coming of the Odinson! The God of Thunder heralds the return of the Marvel Milestones line of statues, wearing his full armor as seen in Walt Simonson’s issues of the Marvel comic. Swinging his hammer Mjolnir, Thor hovers above the ground, ready to repel any horde that would lay waste to his beloved Asgard! Measuring approximately 18 inches tall, this statue’s production run is limited to only 1,000 pieces, and comes packaged with a certificate of authenticity in a full-color box. Sculpted by Phil Ramirez! (Item #JAN172646, SRP: $225.00) 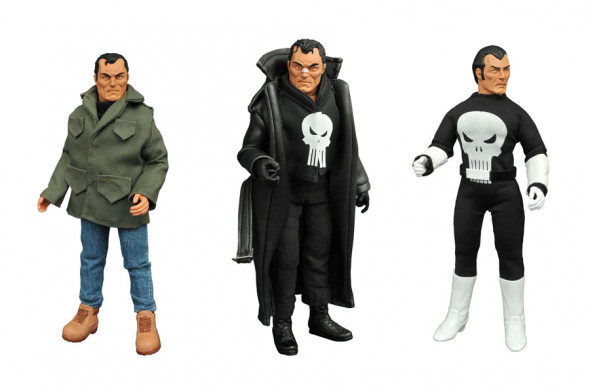 Marvel Retro Cloth Punisher Action Figure Gift Set A Diamond Select Toys release! Is the Marvel Retro line ready for…The Punisher?! Never released in the classic Mego toy line of yester-year, violent vigilante The Punisher is the latest Marvel character to get the 8-inch Retro action figure treatment from DST! This gift set features one classically-styled white-gloved Punisher figure, in a vintage-style box, plus two additional heads and outfits: a bandaged head with a trenchcoat and bullet-proof vest, and the civilian streetwear of veteran Frank Castle! With interchangeable heads, hands, costumes and accessories, you can display your Punisher however you want! Packaged in a full-color gift tray! Designed and sculpted by EMCE Toys! (Item# DEC162577, SRP: $80.00) Reserve your favorite items at your local comic shop or order through your favorite online retailer!