The DC Vinimates line kicks off this week with Series 1 shipping to stores, including comic-style versions of Batman, Harley Quinn and Hal Jordan. In addition to the comic-style figures, Toys“R”Us stores will carry an exclusive line of Vinimates based on the hit animated series Teen Titans Go!, and will kick things off at New York Comic Con with an exclusive figure! Teen Titans member Starfire will be the first DC Vinimate available at Toys“R”Us. Based on her retro appearance in the episode “Baby Hands” and inspired by her classic comic book appearance, the big-haired figure stands 4-inches tall and strikes a pose straight from the movie! Packaged in a full-color window box, the figure will be available for purchase at Toys“R”Us booth #110 at New York Comic Con and Toysrus.com/NYComicConvention from Thursday, October 5 through Sunday, October 8. Future releases in the Teen Titans Go! line include Blackfire, released along with DC Comics Series 1 this fall, and Nibor, the reverse-Robin, who will release along with DC Comics Series 2 in early 2018. Find your nearest Toys“R”Us store at Toysrus.com/storelocator! 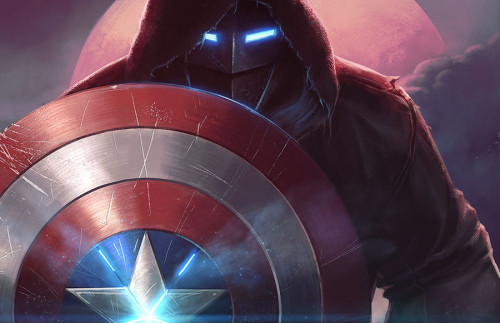 Next Up: Marvel Contest of Champions to Offer Exclusive Minimates at NYCC 201...