The first Marvel Studios film of 2018 will take us deeper into the world of Wakanda, and Diamond Select Toys is getting ready to sink their claws into the amazing costumes and characters of Marvel’s Black Panther! New Marvel Minimates, Marvel Gallery PVC dioramas and a new Marvel Select action figure are all on their way, but none have been seen… until now! First, the Black Panther conquers the Marvel Minimates universe with two assortments of two-inch mini-figures plus a box set, with exclusive characters at three retail locations! At Walgreens, an assortment of four 2-packs will include: – Black Panther & M’Baku – Killmonger & Ulysses Klaue – Tactical Killmonger & Casino T’Challa (Exclusive to Walgreens) – Powered Up Black Panther & Everett Ross (Exclusive to Walgreens) 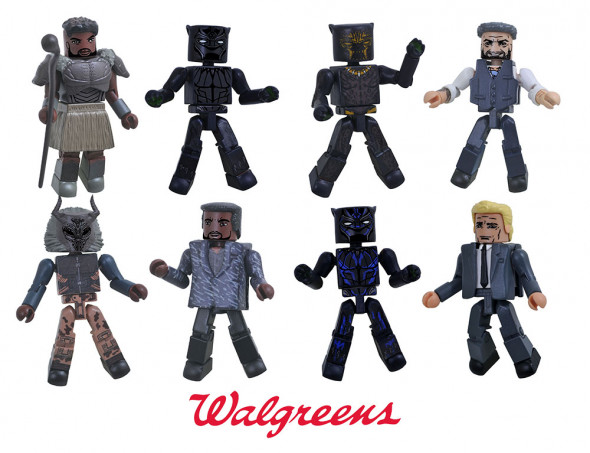 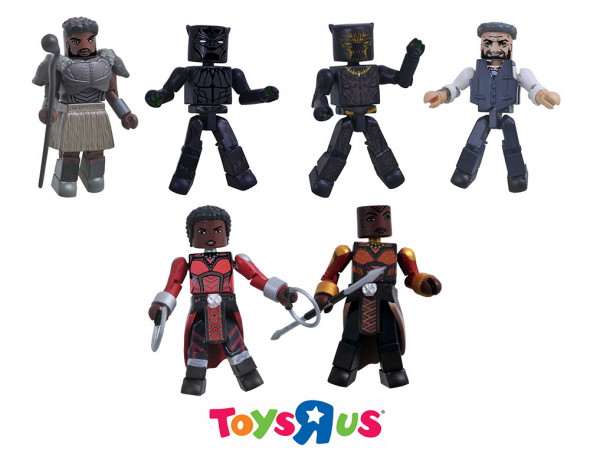 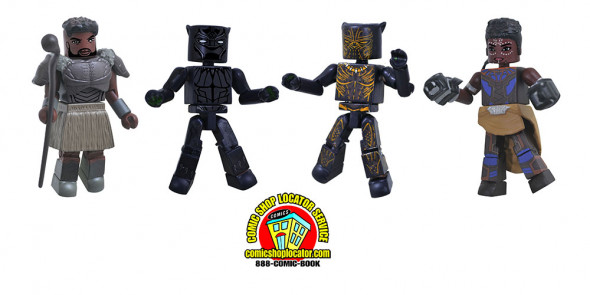 Each 2-inch Minimates mini-figure features 14 points of articulation, character-appropriate accessories, and fully interchangeable parts. Each set comes packaged in a full-color window box, and all should be in stores by early 2018, with the box set hitting comic shops in December. In the Marvel Gallery line, two new PVC dioramas will capture the hero and villain of the film, Black Panther and Killmonger. Each will stand approximately 9 inches tall, and when placed together, they can face off in a battle inspired by the film! Packaged in full color window boxes, they are in scale to other figures in the Gallery and Femme Fatales PVC lines, and both were sculpted by Rocco Tartamella! Look for these dioramas to release in the spring at comic shops and specialty stores. Finally, the king of Wakanda joins the Marvel Select action figure line, allowing you to recreate the action of the movie! This 7-inch scale action figure of T’Challa features 16 points of articulation, and comes packaged with a diorama combining Wakanda’s technology and rocky terrain. It will come packaged in the famous Select action figure packaging, with side-panel artwork for easy shelf reference, and it was sculpted by Gentle Giant Studios. Coming this spring exclusively to comic shops and specialty stores, pre-order today! 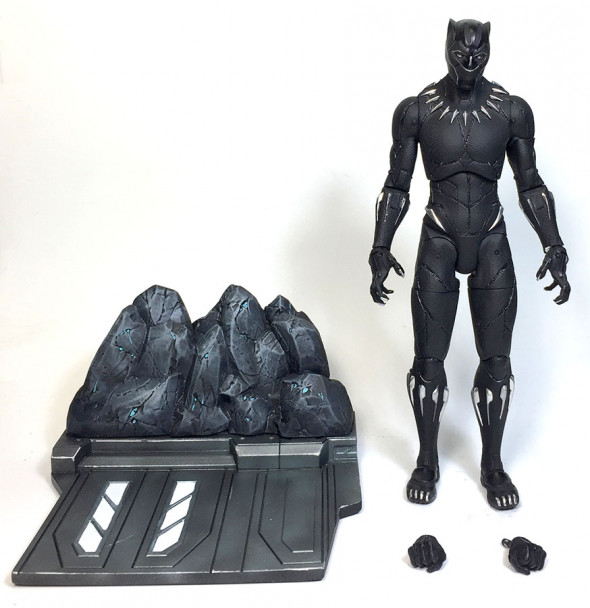 In the meantime, get your Thor: Ragnarok Minimates at Walgreens, Toys”R”Us and comic shops, with Marvel Gallery PVC Dioramas and Marvel Select action figures coming soon! 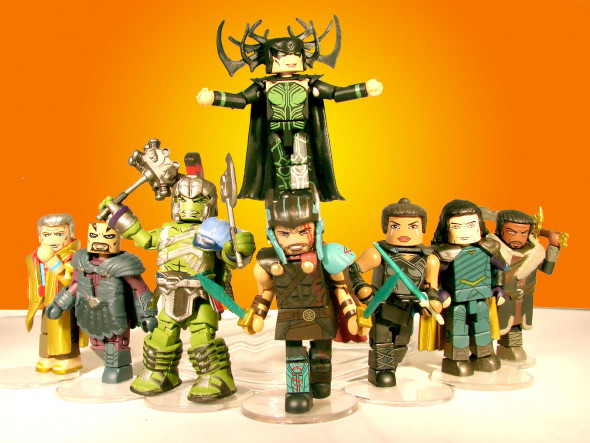