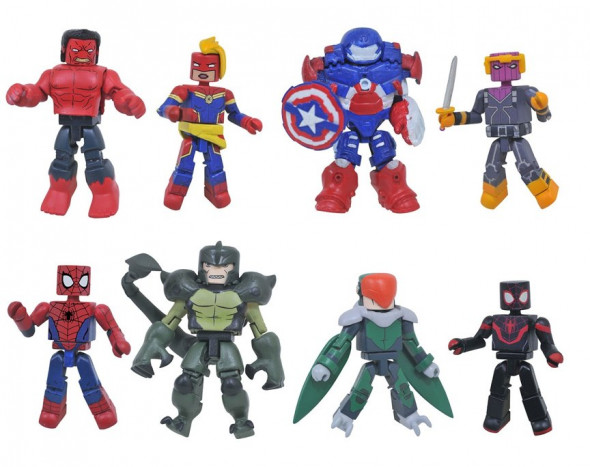 Before Series 8 arrives, look for Series 7 in all Walgreens locations now, capturing the worlds of Marvel’s Spider-Man and Marvel’s Avengers: Secret Wars in an assortment of four packs, each containing two 2-inch Minimates mini-figures. Sets include Spider-Man and Scorpion, Kid Arachnid and Vulture, Captain Marvel with Red Hulk, and Captain America’s Hulkbuster with Baron Zemo!  Series 8 will hit Walgreens stores on or around April 1, 2018, and will include four all-new two-packs. The assortment includes: 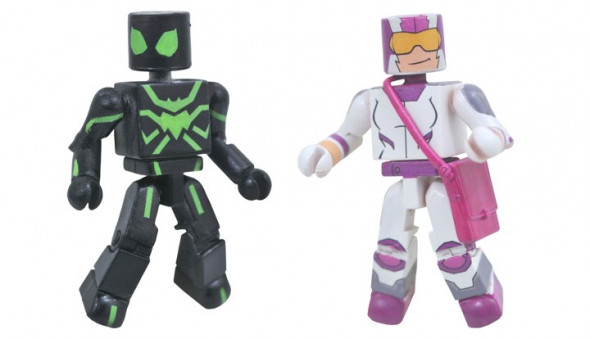 • From Marvel’s Spider-Man, Stealth Suit Spider-Man takes on Screwball! The Internet personality with a mean streak is ready to humiliate Peter Parker in front of millions so Peter has donned his all-black stealth suit to stay below her radar. Spider-Man includes a webline accessory and leaping support stand, while Screwball has her pouch full of gear. This is the first Minimate of Screwball! 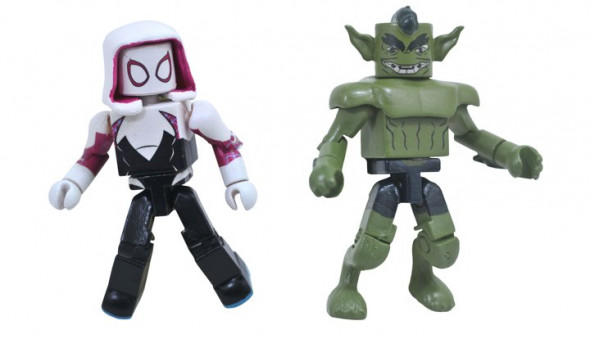 • Also from Marvel’s Spider-Man, Spider-Gwen, a.k.a. Gwen Stacy, tangles with the Jackal! The web-slinger comes with a webline accessory and leaping support stand, while her uncle, Professor Miles Warren, makes his debut in the Marvel Minimates format! 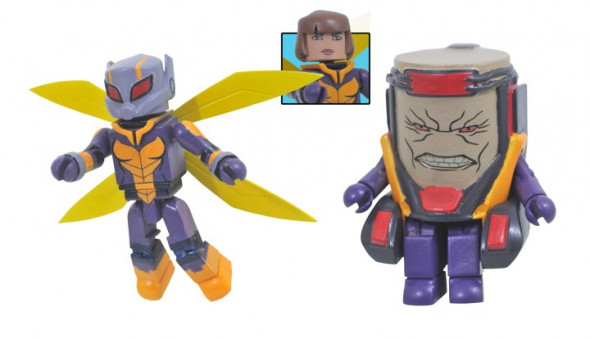 • From Marvel’s Avengers: Secret Wars, The Wasp is menaced by MODOK! The size-changing heroine includes a removable helmet, detachable wing accessories and a transparent flight stand, while the super-smart, super-sized AIM leader floats on a support stand. 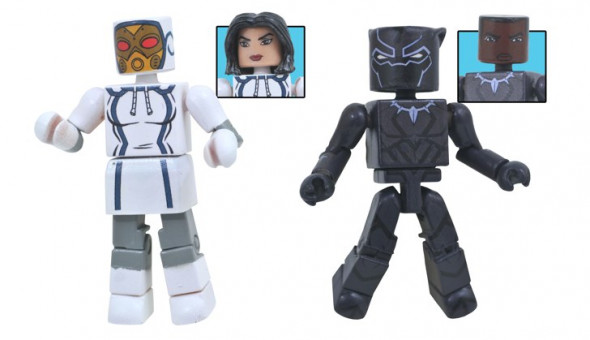 • Also from Marvel’s Avengers: Secret Wars, the Black Panther strikes at the evil Madame Masque! The warrior from Wakanda must defeat the beautiful criminal from Iron Man’s past. Black Panther includes a removable mask, while Madame Masque includes an interchangeable unmasked head and hair piece. This is the first Madame Masque Minimate ever made! 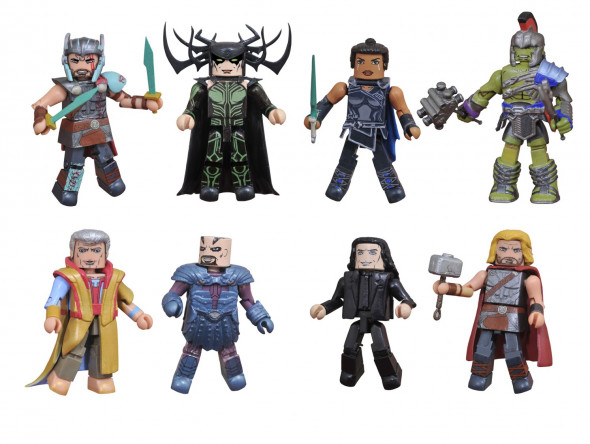 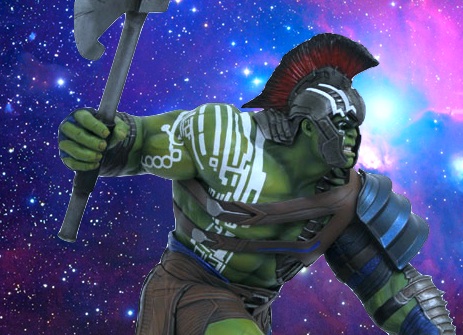 Next Up: On Sale Now: Hulk, Drax, Groot, Superman & More!