War has arrived! The first Diamond Select Toys products based on Avengers: Infinity War have reached comic shops, with many more on the way! The opening salvo is the Marvel Minimates box set, which went on sale this week, and pre-orders are now open for an assortment of Minimates two-packs. Pre-orders are also open for a variety of PVC Dioramas, action figures and resin statues based on the film! Read on for details, then reserve yours through your local comic shop or favorite online retailer! Look for more products and images in the near future! On sale now at your local comic shop, the Marvel Minimates Avengers Infinity War Box Set includes Iron Man in his Mark 50 armor, Thanos with his Infinity Gauntlet, and two exclusive figures – Black Widow with her batons and staff, and the Winter Soldier with his weapon! The box set has an suggested retail price of $24.99. 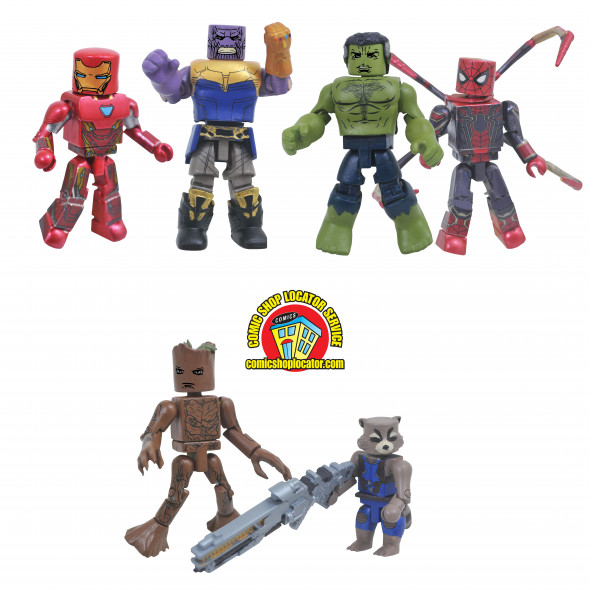 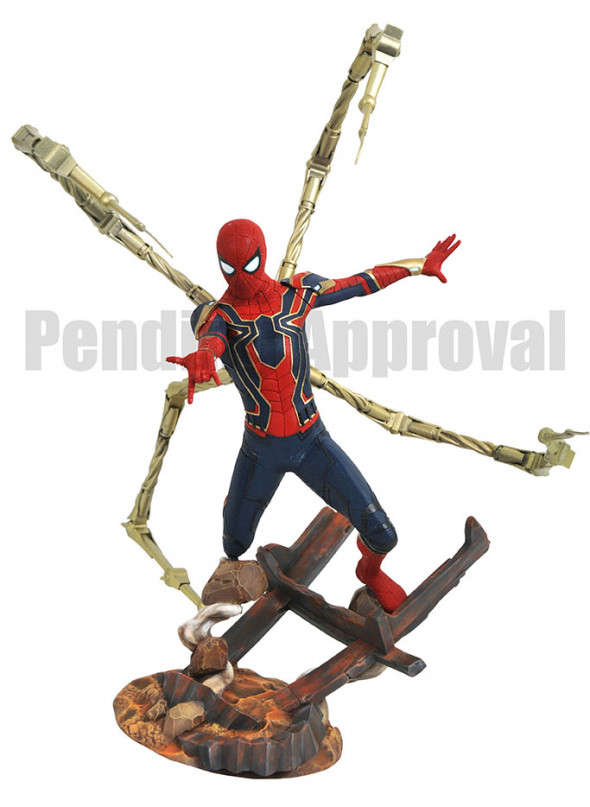 Marvel Premier Collection Avengers Infinity War Resin Statues A Diamond Select Toys release! These resin statues of the Avengers as they appear in the new movie Avengers: Infinity War are approximately 12-inch scale, and feature high-quality sculpting and paint details. Each statue is limited to a production run of 3,000 pieces, and each is hand-numbered, with an accompanying certificate of authenticity in a full-color, hand-numbered box. Spider-Man Resin Statue SRP: $150.00 Thor & Rocket Resin Statue SRP: $150.00 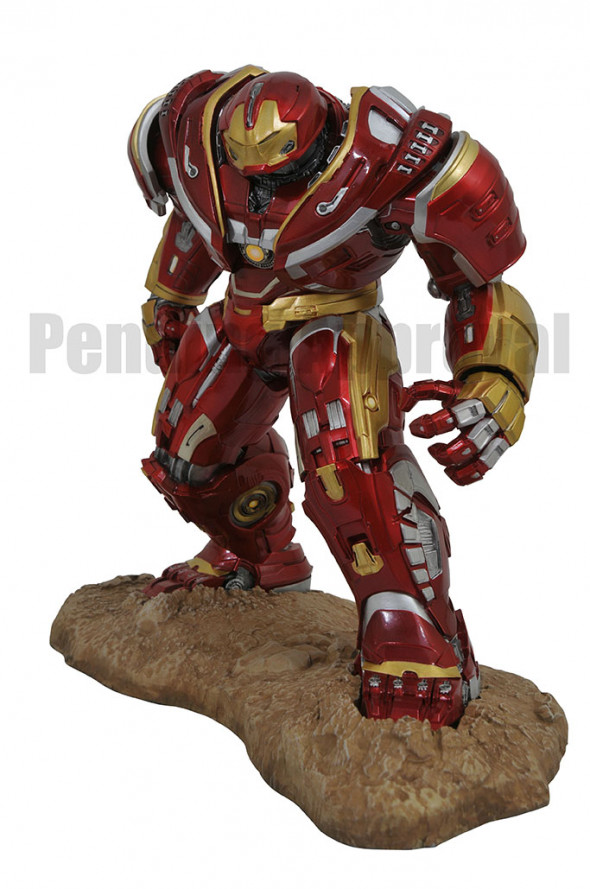 Marvel Milestones Avengers Infinity War Resin Statues Upgraded from the Premier Collection to the Milestones series, this 20-inch resin statue is limited to only 1,000 pieces. Each is hand-numbered, with an accompanying certificate of authenticity in a full-color, hand-numbered box. Hulkbuster Resin Statue SRP: $300.00 Marvel Select Avengers Infinity War Action Figures A Diamond Select Toys release! These 7-inch scale action figures of the Avengers are based on their appearances in the new movie Avengers: Infinity War. Each features approximately 16 points of articulation with interchangeable parts and accessories, and comes packaged in the full-color, display-ready Select packaging, with side-panel artwork for shelf reference. Sculpted by Gentle Giant Studios! Spider-Man Action Figure SRP: $24.99 Captain America Action Figure SRP: $24.99 Thor with Groot Action Figure SRP: $24.99 Find a comic shop near you at comicshoplocator.com!

Next Up: Ask DST #389: Marvel Select, Gallery and Premier!