As the world celebrates the release of Marvel’s Avengers: Infinity War, perhaps the most anticipated superhero film of all time, Diamond Select Toys has teamed up with the Disney Store to offer two new Marvel Select action figures! These exclusive figures celebrate characters who starred in the stories that have led to this massive blockbuster, one based on the comics and one based on the movies. Both are fan-demanded figures that are sure to round out any Avengers action figure collection! 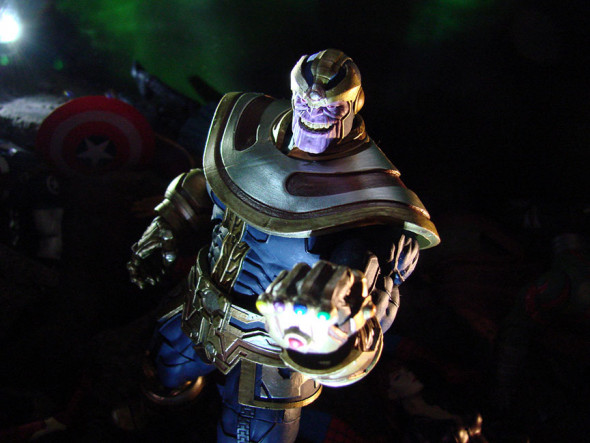 The first figure is of a classic comic villain, the mad Titan Thanos, seeker of the Infinity Gems and wielder of the Infinity Gauntlet. Inspired by his modern comic book appearance, as seen in 2013’s Infinity limited series, this figure measures approximately 7.75 inches tall with 16 points of articulation and includes an interchangeable unhelmeted head. 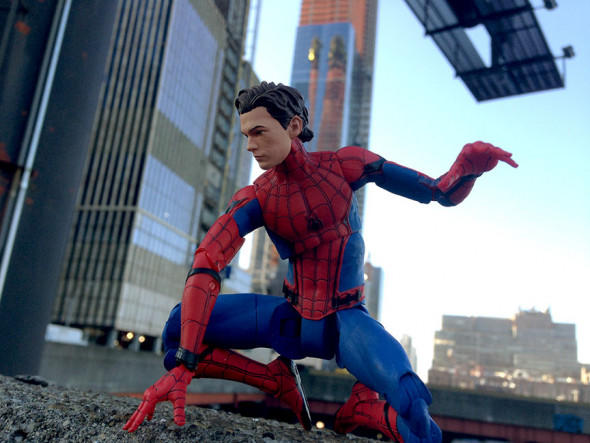 The second figure comes from the world of Spider-Man: Homecoming, the film that brought the Spider-Man movies fully into the Marvel Cinematic Universe. Depicting Peter Parker in his unmasked appearance, this figure features the likeness of actor Tom Holland as well as three additional sets of interchangeable hands. It measures approximately 6.75 inches tall and has 16 points of articulation. Both figures are available for purchase now, in-store and online at shopdisney.com and shop.marvel.com Each figure comes packaged in display-ready Select packaging, with side-panel artwork for shelf reference. The Marvel Select line recently celebrated its 15th anniversary and just released its 150th figure in the line. Thanos and Unmasked Spider-Man join a variety of exclusive Marvel Select figures at the Disney Store, including Planet Hulk, the Mighty Thor, Hulkbuster Iron Man, Black Panther, Masked Doctor Strange and the Guardians of the Galaxy. 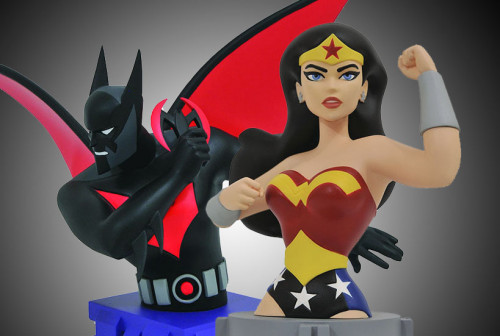 Next Up: DC Animation Busts In to Your Local Comic Shop!