For 15 years, and over nearly 400 characters, Marvel Minimates have been building the Marvel Universe one assortment at a time. But one assortment of characters was nearly lost forever! Originally slated to be released at Toys”R”Us, TRU Series 26 was all but cancelled, until a new retailer stepped in to make it available to collectors. Starting today, Series 26 can be found exclusively on Walgreens.com! 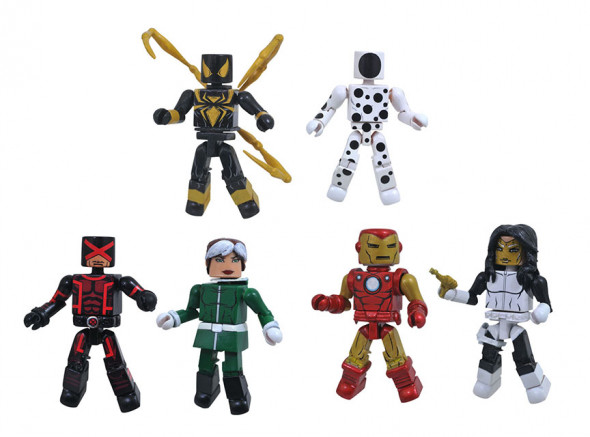 Available only online, Series 26 includes three different two-packs, from three different areas of the Marvel Universe. The assortment includes: – The new Iron Spider, Aaron Davis, with the teleporting super-villain The Spot. Iron Spider features three additional, removable arms, while The Spot includes an alternate head and multiple black discs and bases that represent his teleportation portals. – Holographic Iron Man with masked villainess Madame Masque. An artificial intelligence inside a classic Iron Man armor, Iron Man has a translucent Tony Stark head under his removable helmet; Madame Masque includes a blaster. – Marvel Now Cyclops with Marvel Now Rogue. The former leader of the X-Men, now public enemy number one, faces off against the reformed X-Man and Uncanny Avenger, who coms with an alternate hairpiece with her hood raised. Each Minimates mini-figure features 14 points of articulation and fully interchangeable parts, and comes with a clear display stand for advanced posing. The two-packs will be sold individually, and each is in short supply, so order early. 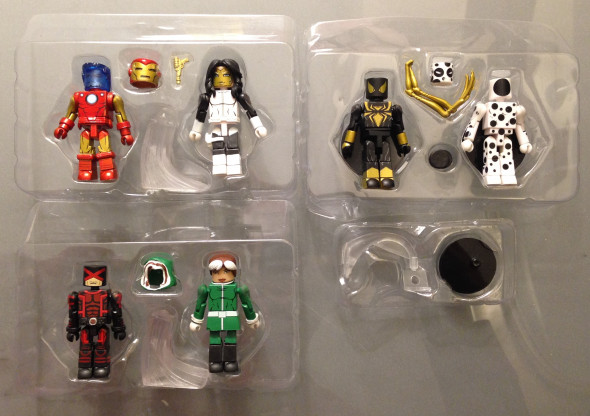 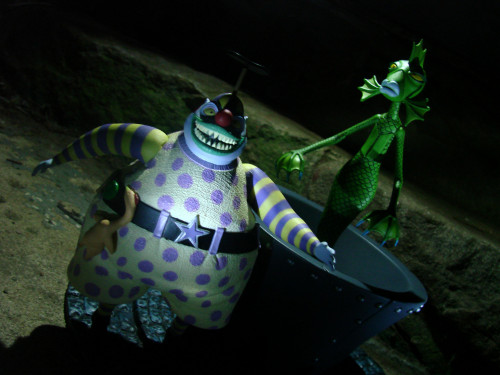 Next Up: This Is Halloween: Claws, Bugs and Nightmares Hit Comic Shops!