It’s a new month with Diamond Select Toys, which means another month’s worth of amazing offerings slated for the not-too-distant future! The first Bruce Lee D-Formz, the first Castlevania Gallery PVC, and new PVCs, statues and Minimates from Marvel and DC Comics made their debut in the January Previews catalog, so read on for details, and pre-order through your local comic shop, or your favorite online retailer! 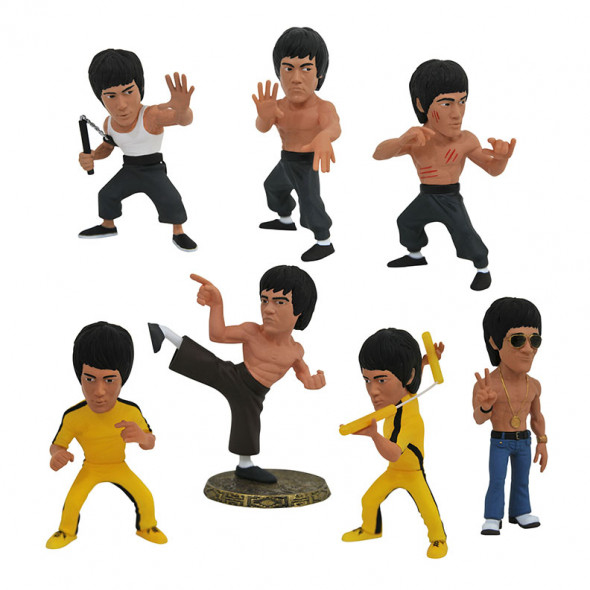 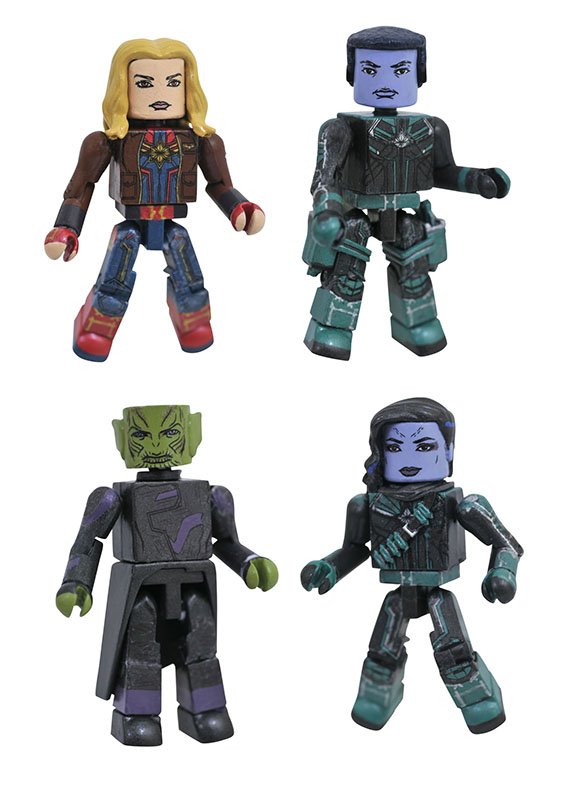 Marvel Movie Minimates Captain Marvel Box Set A Diamond Select Toys release! One of the most anticipated movies of 2019 is almost here, and DST is offering an all-nrew bosx set of Marvel Minimates based on it! This four-pack includes Captain Marvel, Kree soldiers Att-Lass and Minn-Erva, and the Skrull Nuro! Each 2-inch Minimates mini-figure features 14 points of articulation and fully interchangeable parts. The set comes packaged in a full-color window box. Designed by Barry Bradfield! (SRP: $24.99) Marvel Video Game Gallery Spider-Man PVC Diorama A Diamond Select Toys release! The hit video game Spider-Man sees its first Gallery PVC Diorama! The web-slinger himself kicks things off with this pensive piece, perched atop a Spider-logo in his new, already-iconic costume. Measuring approximately 10” tall, this PVC sculpture comes packaged in a full-color window box. Designed by Caesar. Sculpted by Cortes Studios. (SRP: $49.99)

Marvel Select Captain Marvel Starforce Uniform Action Figure A Diamond Select Toys release! It’s official! The next highly anticipated release in the Marvel Select action figure line is none other than Captain Marvel herself, in her Starforce uniform! Measuring approximately 7 inches tall with approximately 16 points of articulation, this movie release will feature the likeness of actress Brie Larson, and is sure to be the next sought-after figure in the line! Packaged in display-ready Select packaging, with side-panel artwork for shelf reference. (SRP: $29.99) Find a store near you at comicshoplocator.com, or order online at shop.diamondselecttoys.com! 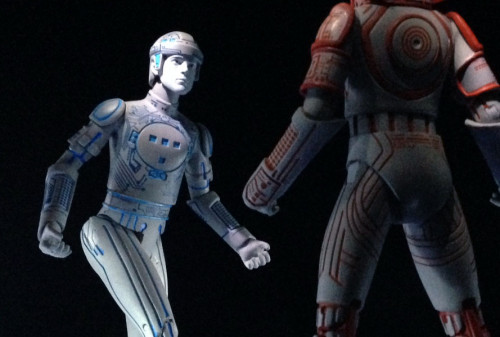 Next Up: On Sale Now: Kingdom Hearts, Aquaman and Shazam!